A report released on Thursday found that about 15% of San Francisco’s vacant housing may have been removed from the market so it could be rented out on sharing economy platform Airbnb. This comes at a time when the company is waging legal battles in several cities—and when renting out one’s home for less than 30 days has just been banned in Santa Monica, Calif.

San Francisco Board Supervisor David Campos held a news conference Thursday, asserting that the report proves Airbnb is a “significant contributor to the housing shortage” that is pushing low- and middle-income families out of the city. While no one denies that the City by the Bay is in the midst of a housing crisis, the company and at least one economist believe that the report and that politician overstate the role that Airbnb plays.

The study was conducted by the city’s independent budget and legislative analyst’s office, at the progressive lawmaker’s request. Campos has proposed legislation that would change a new law that legalized short-term rentals in San Francisco. Residents at the moment are allowed to host Airbnb guests in their units for unlimited days per year and to rent them out 90 days per year when they’re not present. Campos’ proposal would limit all rentals, hosted or un-hosted, to 90 days per year.

“The Mission is a community in crisis,” Campos said of the neighborhood that has become ground zero for working-class activists protesting gentrification fueled by booming tech companies. “This practice is exacerbating an already terrible situation.”

Airbnb countered, as local loyalists have in city council hearings, that those struggling to make ends meet can benefit from the added income that sharing a home affords. “Home sharing is an economic lifeline for thousands of San Franciscans who depend on the extra income to stay in their homes,” Airbnb spokesperson Christopher Nulty said in a statement, responding to the report. “Supervisor Campos’ proposal would make it even harder for middle class families to stay in San Francisco and pay the bills.”

The report’s author admits that the attempts to quantify Airbnb’s impact are a best guess, relying on webscrapes and assumptions about residents’ behavior. Airbnb continues to guard data about their users and financial situation that would allow for more precision. Though the company is submitting monthly anonymized data to the city to prove that hosts are remitting hotel taxes, officials have said they need more data in order to effectively enforce limits on rentals.

“I think the bigger picture questions to focus on are: How can cities pass effective legislation in the absence of accurate data about Airbnb?” Karen Chapple, professor of city and regional planning at the University of California—Berkeley, writes in an email. “Would it not be in Airbnb’s interest to share its data openly and collaborate with cities in designing and implementing fair laws?”

Arun Sundararajan, an economist who reviewed the report, believes that Airbnb and its data are something of a red herring. While the site may lead to some units being taken off the market and to disturbances among neighbors who don’t like sharing their buildings with tourists, he says the housing options provided by Airbnb are likely drawing more tourists—and more revenue—to the city. The responsibility of Airbnb in yielding the current lack of housing in the city is “sort of like a rounding error when you compare it to the population growth in San Francisco and the number of units that are rent-controlled.”

As Airbnb stands firm on protecting users’ data and refusing to fork over the names and addresses for every booking, Nulty points out that these short-term rentals are contributing around $469 million in revenue to the local economy and that more than 80% of users in San Francisco share only the home in which they live.

“Any sort of creative disruption tends to have winners and losers,” Sundararajan says. “I just don’t see a scenario in this case where the losses are going to outweigh the wins.” 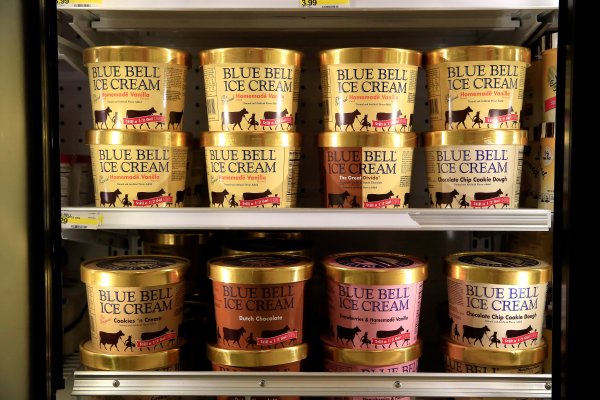 Blue Bell Agrees to New Rules After Listeria Outbreak
Next Up: Editor's Pick