This Is How Successful Leaders Spent Their Teenage Years

Answer by Auren Hoffman, CEO of LiveRamp, on Quora.

Note: I don’t think I have ever before been compared with Bill Gates, Steve Jobs, etc. I am no where near as successful or accomplished as most of the people on this list. But for what it is worth, I’ll give you a trait that I think is common among most of these people (including myself).

Especially when people are growing up, spending time alone gives one the space to explore, to be weird, to learn, to imagine, and to dream.

Read fiction and non-fiction. Read wonderful novels written by authors from far-away lands. Read things that challenge your political thought. Read the Bible, the Koran, Buddhist texts, and ancient mythology. And don’t just read conventional things assigned to you in school (like Hemingway, Shakespeare, and more) but try to seek out authors on your own.

Because most of the people mentioned grew up in a different era, they spent a big portion of their time just reading the encyclopedia. Many of them would eventually read every encyclopedia volume letter. These people had an insatiable need to learn new things.

When these people walked to class, they were probably reading a book or a magazine (in those days, it was a paper book). Some of these people even got injured walking into things because they were reading.

Most of these people had parents that asked them to read less.

They were imagining themselves as secret agents, slaying dragons, marshaling their toy soldiers to do battle, starting businesses, dealing with family situations, and more.

Experimenting
It is amazing how many successful people lit things on fire, blew things up, captured and studied bugs, built bird nests, and more. My guess is that every single one of the people listed subjected themselves to multiple electric shocks (some on accident, some on purpose).

They were building, creating, viewing, and observing. And they were the ones in charge of the experiment — they were the prodders.

Lots of creative activities
While most of the people listed are known for their right-brained prowess, most spent a very large percentage of their childhood and adolescence doing very creative things. They were writing short stories and plays, painting, sculpting, writing poems and lyrics, writing computer programs, and more.

Creating versus consuming
Reading, watching wonderful movies, listening to music, etc. are all great ways to spend time. But they are passive — these are consuming functions.

Most of these successful people spent a large percentage of their time creating vs. consuming. They were building things, starting things, etc. This is really important.

Today it is harder to spend time creating because there are so many more options to consume. In the days when most of the above people grew up, one would get bored pretty quickly of the consuming options (usually the best option was to read a book or watch bad television) where today there are just so many more options. In fact, the tablet is essentially designed to maximize consumption (unlike the PC which is a better tool tool for creation).

Get away from the social pressures of school
School, especially middle school and high school, is socially incredibly high pressure for everyone. People are jockeying for position and cliques are forming and unwinding constantly. There is a Game of Thrones aspect to the social standing within high school that is ultra competitive and hard to escape.

By spending time alone, people get needed breaks from the high school Game of Thrones. Alone-time allows you to spend time actually exploring yourself (rather than spending time conforming to some sort of norm).

Today, alone-time is frowned upon
Something happened in the last 30 years to encourage parents to spend more time with their kids. Another huge trend has been for parents to give their kids opportunities by enrolling them in lots of sports, weekend classes, summer learning retreats, and more.

While there are so many good things about the trend of more involved parenting, one of the very important unintended consequences is that kids have significantly less alone-time then they once did. And even when they are alone, they have the means to be a part of of the larger group through social networks, SMS, and more. So it is harder of them to escape the social pressures of school. 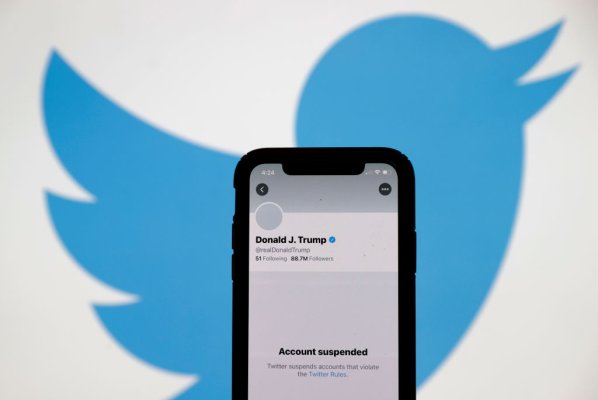 Big Tech Made the Right Call About Trump
Next Up: Editor's Pick