A sign referencing the drought is posted on the side of the road on April 24, 2015 in Firebaugh, California.
Justin Sullivan—Getty Images
By Justin Worland

The El Niño weather phenomenon is expected to be stronger and last longer in the Northern Hemisphere than originally anticipated, U.S. weather forecasters said Thursday — raising the possibility that it could bring much-needed rain to drought-stricken California.

The cyclical weather event has an 80% chance of continuing in the Northern Hemisphere through the end of the year, according to the National Oceanic and Atmospheric Administration (NOAA). El Niño usually lasts several years, beginning with warming in the Pacific Ocean and affecting weather patterns across the globe.

The new prediction make it likelier that El Niño could provide California some relief from its devastating, years-long drought. Five out of six times there’s been a strong El Niño, Northern California has been wetter than average. But forecasters hesitated to say for certain whether it would last long enough to make a difference. “While that’s certainly on the table as a possible outcome we just don’t have enough confidence,” Halpert said.

Australian authorities predicted a “substantial” El Niño event earlier this week. But while a strong El Niño has the potential to improve drought conditions in the U.S. the opposite is true in Australia. Authorities worry that unusual weather patterns caused by the phenomenon would exacerbate the country’s own severe drought with below-average rainfall and above-average temperatures. 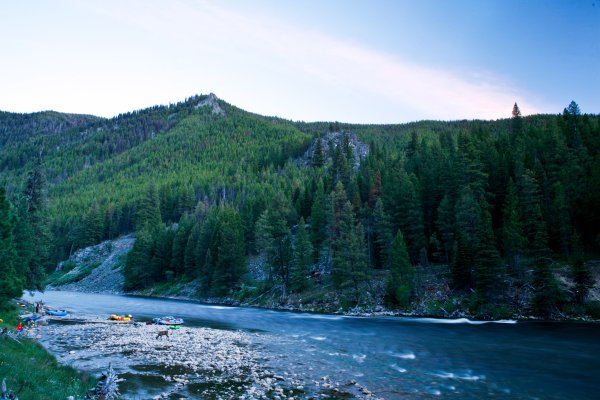 This Hormone Is Changing The Sex of Fish in U.S. Rivers
Next Up: Editor's Pick