King Salman of Saudi Arabia may have had good reason to withdraw from the Camp David summit President Obama convened for Gulf Arab monarchs May 13. The summit overlapped with a five-day cease-fire in neighboring Yemen, which the Saudis had been bombing since March. And at age 79, travel is never easy.

But after the White House’s announcement that he was coming, the newly crowned King’s reversal just three days before the summit was widely seen as evidence of a growing divide between Washington and Riyadh. The U.S. alliance with the House of Saud dates from the 1930s, when FDR cemented a relationship trading petroleum for protection. It was the Gulf Arabs who largely paid for the U.S.-led coalition that expelled Saddam Hussein’s troops from the Saudi border in 1991. “Back in the day, if we asked the Saudis to do something, they would try to do it,” says Charles Freeman, who was U.S. ambassador to Riyadh at the time. “And vice versa.”

With the U.S. lately awash in oil of its own, the Saudis have lost some leverage. But they are more unsettled by the changing balance in the Middle East. “The issue for the Saudis is that the result of the chain of events that George W. Bush kicked off in 2003 has been to empower Iran in Iraq, Lebanon, Bahrain and to some extent Yemen and to entrench Iranian influence in Damascus,” says Freeman. “From the Saudi point of view, they’re encircled.”

The U.S.-led nuclear negotiations with Tehran that resumed on May 12 especially alarm the Saudis, who fear that a Western rapprochement with their Shi’ite rival will come at their expense. The summit was meant to reassure the Sunni monarchs in the Persian Gulf, but only two of six planned to attend. Salman dispatched his crown prince and his own young son, who is almost as little known as he is suddenly powerful.

Mohammed bin Salman, said to be around 30, serves as the kingdom’s Defense Minister and told visiting U.S. representatives in March that “Iran can’t be trusted.” Iran’s Supreme Leader has dismissed him as “an inexperienced youngster.” As the end-of-June deadline for the nuclear talks approaches, Obama is caught between relationships old and new–and is feeling the pinch.

‘If the Pope continues this way, I will go back to praying and go back to the church.’

CUBAN PRESIDENT RAÚL CASTRO, speaking in Rome after he met with Pope Francis at the Vatican on May 10 and thanked him for helping restore Cuba-U.S. relations; Castro, whose nation once promoted atheism, said he would attend all the Pope’s Masses when the Pontiff visits Cuba in September

A record 38 million people were displaced in their own countries at the end of 2014, according to the Norwegian Refugee Council. Here’s a sampling:

In Search of a New Life

Rohingya migrant women collect used clothes inside a shelter on May 12 in Lhoksukon, Indonesia. More than 1,500 refugees, including Bangladeshis seeking jobs and ethnic Rohingya Muslims fleeing persecution in Burma, came ashore in Indonesia and Malaysia over the course of two days in May. The U.N. said the number of migrants leaving Bangladesh and Burma by sea surged in the first three months of the year.

The Problems With Polling

To the list of surprise losers in recent elections in the U.K., Poland and Israel, add one more: pollsters. “The world may have a polling problem,” said U.S. data guru Nate Silver after Britain’s Conservatives won an unexpected majority on May 7. Here’s a look at what may have gone wrong:

[This article consists of 3 illustrations. Please see hardcopy of magazine or PDF.]

Though live-interview polls in the U.K. projected a narrow Conservative lead, increasingly popular online polls had forecast a loss. The self-selected online respondents were a poor reflection of the overall electorate.

Polls forecast a close result in Scotland’s hotly fought independence vote in September, but the broad margin of victory for the “no” camp suggested apprehensive unionists were reluctant to admit their true intentions to pollsters.

Observers say pollsters in Israel may have tweaked their forecasts to align with other polls, explaining why they largely predicted a close race before Prime Minister Benjamin Netanyahu safely won the March 17 vote.

Number of employees of Chinese firm Tiens Group who took a group vacation to France in May, courtesy of billionaire owner Li Jinyuan

The European Union asked the U.N. to sanction military action against boats used by human smugglers sending migrants across the Mediterranean, and its executive commission called for refugees to be distributed across Europe to ease the burden on coastal states.

South Africa’s main opposition party elected its first black leader, 34-year-old Mmusi Maimane, on May 10. The Democratic Alliance wants to expand its appeal in a country that has been led by the African National Congress since the end of apartheid.

The Supreme Court in Bangladesh banned the use of the country’s national anthem for ringtones or other commercial uses. The anthem was adapted from a 1905 song by celebrated poet Rabindranath Tagore. 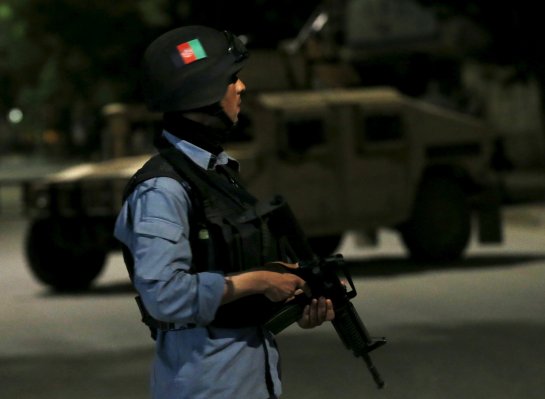