Tragedy on the Rails

The timing could not have been worse for a budget hearing. Around 9:30 p.m. E.T. on May 12, an Amtrak train making its way up the well-traveled corridor from Washington, D.C., to New York City leaped from its tracks, killing at least seven people and injuring more than 200 others. The next morning, with the wreckage still scattered across the tracks in Philadelphia, a House subcommittee gathered for a scheduled meeting to debate the passenger rail line’s dwindling budget.

“I want to extend our thoughts and prayers,” said Florida Republican Mario Diaz-Balart, the subcommittee chair. He then turned to the business at hand: a budget that would cut Amtrak’s funding by more than $250 million, to $1.13 billion per year. By comparison, the British government contributed about $6 billion to its network rail system last year.

Democrats, who have long been Amtrak’s lonely champions, seized on the crash as a reason to increase federal funding for rail projects. “Yesterday’s tragedy in Philadelphia should be a wake-up call,” said Representative David Price. “We must provide sufficient funding for Amtrak’s critical infrastructure.”

But many Republicans, long suspicious of a government-run train service that is for-profit but has never turned one, pushed back. They called for a closer look at the incident, which occurred on a curve in the track. It was not immediately apparent that the accident was related to failing or aging infrastructure. The train’s speed–it was traveling over 100 m.p.h., double the limit in the section where it derailed–will be a key point of inquiry.

What’s clear is that the tragedy has put the utility and safety of passenger rail travel at the center of a new national debate. Despite delays and high prices, Amtrak ridership has risen more than 50% in the past 15 years, and despite the latest tragedy, it’s quite safe. In the U.S., the fatality rate for train travel is about 0.15 per billion passenger miles–almost 50 times as safe as traveling by car or truck.

Amtrak’s backers say spending great sums to renew and expand rail infrastructure is a necessary investment in the future. But that won’t happen anytime soon. On May 13, the House subcommittee approved the slashed budget. At least this year, Amtrak will have to make do with almost 20% less. 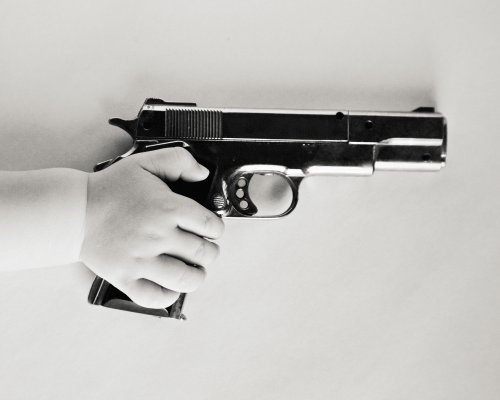 Police Find Stolen Gun in Hands of 3-Year-Old
Next Up: Editor's Pick