The U.K. Now Has More Gay Lawmakers Than Any Other Country

Following last week’s election, the U.K. now has more lesbian, gay or bisexual Members of Parliament (MPs) than anywhere in the world. The Westminster House of Commons now boasts 32 MPs who openly identify as LGB (there are no transgender MPs) out of 650, making up 4.9% of the Parliament.

The data comes from the University of North Carolina’s LGBT Representation and Rights Research Initiative, but collecting statistics on LGBT representation is always tricky because some lawmakers may not have revealed their sexuality. In fact, there could be more gay MPs in another country where people do not feel as free to state their sexual preference in public. Nevertheless, the fact that more are willing to do so in Britain than elsewhere signals more progressive attitudes, putting it ahead of countries like Sweden where there are only 12 out lawmakers (3.4% of the parliament).

Elsewhere in Europe there are only two currently-serving transgender lawmakers, Belgium’s Petra De Sutter and Poland’s Anna Grodzka. There have only been two other openly transgender lawmakers in the world: New Zealand’s Georgina Beyer who won a seat in 1999 and retired from politics in 2007, and Vladimir Luxuria who was elected in Italy in 2006 but lost her seat two years later.

The number of gay British MPs is not far off the U.K. proportion as a whole, which is roughly between 5% and 7% of the country according to the government’s estimate. Thirteen of Britain’s out MPs belong to the center-left Labour Party and 12 to the center-right Conservatives.

It was the Conservative Prime Minister David Cameron who introduced same-sex marriage in March 2014, despite significant opposition within his party. He has said this was one of his proudest achievements during his first term as Prime Minister.

However, it’s not all good news. In terms of representation, the cohort of gay, lesbian and bisexual MPs are all white (all but two of the 155 LGBT candidates who ran for election were white too) and only six are women. Although the recent election saw the biggest increase in the number of female MPs in Westminster, women still make up less than 30% of the House.

And with Cameron appointing a Minister for Equalities who voted against same-sex marriage, it remains to be seen whether more gay MPs will actually mean more progress for LGBT rights. 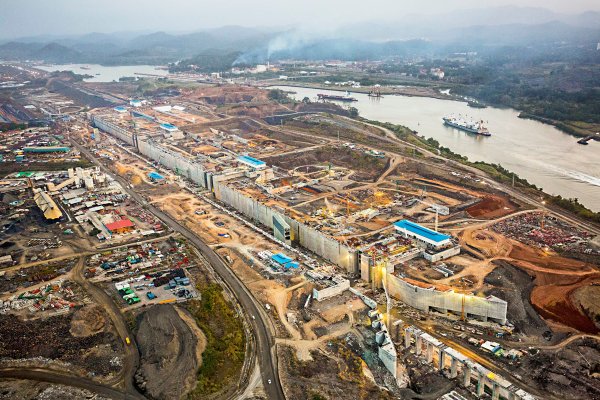 The Panama Canal Gets Grander
Next Up: Editor's Pick