Police officers in San Bernardino, Calif., found a stolen gun on Tuesday in one of the last (and most dangerous) places they’d expect — in the hands of a 3-year-old girl.

The toddler apparently pointed the loaded weapon at the visiting detectives but did not pull the trigger, the Los Angeles Times reported, allowing them to safely take it away from her.

“Obviously it’s a jaw-dropper for something like that to happen,” Lawhead said. “This could have ended much differently.”

The gun was one of several weapons and pieces of equipment stolen from the car of a Los Angeles County sheriff’s deputy on May 7, following which a 25-year-old man named Ramon Quintero was apprehended with one of two stolen guns and some equipment. The car Quintero was driving was registered to Torres, leading police to her home.

The 20-year-old woman was charged with possession of stolen property and child endangerment likely to produce bodily injury, but was apparently bailed out Wednesday morning. 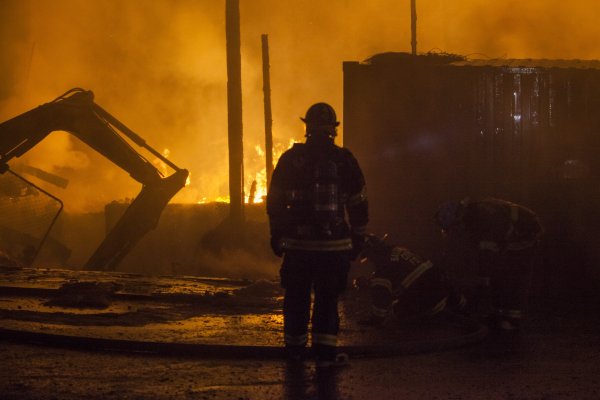