Here’s a hypothetical to consider: If presidential candidates don’t want to answer serious policy questions, can they just call the question “hypothetical” and refuse?

Take your time. The answer is important. The functioning of our democratic process may depend upon it. Also, this is not really a hypothetical.

Just take a listen to Sean Hannity’s radio show Tuesday, when the host asked former Florida Gov. Jeb Bush a simple question: If he had been president in 2003 with the knowledge that Iraq did not have weapons of mass destruction, would he still have invaded the country? “I don’t know what that decision would have been—that’s a hypothetical.” Never mind that he had just answered another hypothetical question, saying he would have made the same decision to go to war if he was president and was faced with the same intelligence as confronted his brother, George W. Bush.

On Wednesday, during a swing through Nevada, Bush faced similar questions once more, and responded with indignation. “Rewriting history is hypothetical,” he said, before not answering again. To accept the question’s premise, he continued, “does a disservice” to those in the military who died in the war, according to Bloomberg.

Bush is not the only likely presidential candidate who has used the word “hypothetical” as a get out of jail free card. PolitiFact has an long essay devoted to Hillary Clinton’s use of the “hypothetical” dodge while Secretary of State and a Presidential candidate. Recently TIME asked Louisiana Gov. Bobby Jindal whether he supports any pathway to legal status for those undocumented immigrants. “That’s a hypothetical conversation,” he responded, in an emailed statement. “Any attempt to deal with the millions of people who are currently in this country illegally prior to securing the border is illogical.”

The problem with all of these evasions is they seek to undermine the central—and hypothetical—question of the presidential selection process: If you were to become president, what kind of president would you be? Hypothetical means “of, based on, or serving a hypothesis,” from the ancient Greek “hupothesis,” which means to propose, to suppose, or literally, to put under. For nearly two years, the nation puts its candidates under a microscope of suppositions: How would you react as President to ISIS? What would you do to my taxes? How would you improve the economy?

So the issue is not whether or not candidates need to answer hypothetical questions, as Bush, Clinton and Jindal would suggest. Of course they do, and they do all the time. The question is what counterfactual scenarios they should be presented with, and what counterfactual scenarios are speculative, personal or misleading enough to be out of bounds.

In the past, the boundaries have been drawn rather broadly. Michael Dukakis was famously asked a death penalty question in 1988 about his wife that began, “If Kitty Dukakis were raped and murdered. . . .” John McCain was asked in 2000 whether he would support an abortion for his hypothetically pregnant 14-year-old daughter. In 2013, Chris Christie was asked in a debate what he would say if one of his children told him they were gay. Clinton eagerly answered a debate question in 2008 that asked what her military response would be to Al Qaeda attacking two more American cities simultaneously.

Maybe those questions were appropriate, and maybe they were not. But the fact that they were “hypothetical” was not the reason they were inappropriate. And in contrast to all of them, asking Jindal his views on his plans for 11 million undocumented immigrants seems rather tame. The question of whether Jeb Bush would support a foreign invasion in the absence of the threat of nuclear, biological or chemical weapons also seems, at least, germane.

Neither Bush or Jindal want to answer the questions because their answers would cost them. In answering on immigration, Jindal must choose between alienating a nativist strands of the Republican Party, and his electability in a hypothetical general election. Bush must choose between entertaining criticism of his brother and reassuring those in both parties still smarting from his brother’s foreign policy missteps.

So they say “hypothetical,” a word that is not enough. Candidates can refuse to answer, but they owe the voters more than a five-syllables in explanation. Is the hypothetical question misleading? Is it fanciful? Is it unfair? Is it inappropriately personal?

Or maybe they just need to answer one follow up question: If we want voters to believe that the presidential selection process works, what is the cost of allowing candidates to hide behind big words? 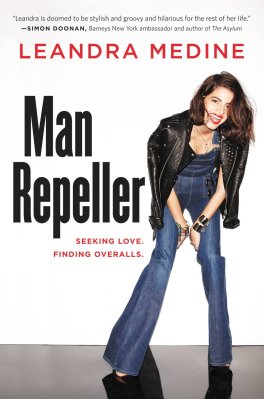 Man Repeller: Why We Care What Hillary Clinton Wears
Next Up: Editor's Pick