The Vatican’s announcement that it will soon officially recognize a Palestinian state is disappointing. I understand the church’s concern for the plight of the Palestinians, particularly as stories have surfaced recently that Palestinian refugees in Syria were being targeted by ISIS. I, too, would like to see their situation significantly advanced. Unfortunately, this step by the Vatican, following similar ones by several European Union countries, is premature and will not serve the larger goal: a political solution of two states for two peoples.

These recognitions don’t take into account the Palestinians’ role in failing to reach an agreement with Israel. Clearly, Israel is facing issues relating to dismantling settlements and finding a solution for Jerusalem, all in a regional environment at a time when extremist Islam groups are gaining ground, and where Israel’s experience in withdrawing from territory has not been a good one. Let us never forget, however, that the crux of the problem today, as it has been for decades, is the Palestinian refusal to accept the legitimacy of Jewish state.

We saw this at Camp David in 2000 when Israel offered Palestinians a state, dismantlement of a majority of settlements, and 90% territorial withdrawal. The Palestinians said “no” to an agreement that would have fundamentally changed their lives for the better. At the core of it was an unwillingness to accept a Jewish state as permanent and legitimate.

The same thing happened after Israel’s unilateral withdrawal from Gaza in 2005, and Israel’s even more magnanimous offer in 2008. To this day it’s clear that the Palestinians want to have their cake and eat it, too: to get an independent state without having to end their long, illegitimate struggle to dismantle the Jewish state.

Negotiations are the only responsible road to the Palestinian state because a solution requires give and take on both sides. These premature recognitions play into the Palestinian fantasy and actually disincentivize them from doing what they have to do.

What is particularly disappointing about the Vatican announcement is that it comes from a church that has made and continues to make huge strides in its relation with the Jewish people. Pope Francis has been outstanding in his relationship to the Jewish community, in his commitment to combat anti-Semitism and in his good relations with the State of Israel. The warmth that is his holiness’s trademark has been very apparent in his relations with our community.

Pope Francis follows in the tradition of Pope John Paul II, who took the 1960’s Vatican II breakthrough of Nostra Aetate, and translated it into a completely new and dramatically better relationship with Jews. This has been felt both on the macro and micro level. Broadly speaking, the church rejected anti-Semitism, established relations with the State of Israel, and spoke of Judaism as a sister religion. In communities, young Catholics were exposed to more positive images of Judaism and Jews, and relationships between Catholics and Jews grew significantly.

The Anti-Defamation League’s work is but one of many examples of that. Our Bearing Witness program for Catholic school teachers, where discussions are held on the Shoah, anti-Semitism, Catholic, and Jewish readings of scriptures, could not take place without the great progress that has been made.

Catholic-Jewish relations will, in my view, continue to improve in the years ahead. Pope Francis truly believes in the importance of them. Still, I believe the Vatican, much like the United States and the E.U., needs to look more realistically at the Israeli-Palestinian conflict. Unilateral recognition of a Palestinian state will not further a fair solution or an end to the conflict.

Only a negotiating process in which both sides accept the need for compromise and, particularly, one in which the Palestinians finally accept the legitimacy of a Jewish state, can lead to the desired goal, and truly transform the lives of the long-suffering Palestinians.

Read next: Vatican Recognizes State of Palestine in New Treaty 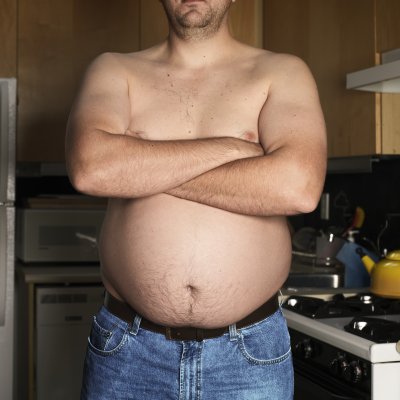 Why We Accept 'Dad Bod' on Rich Men
Next Up: Editor's Pick