One of the most backhanded compliments people give to TV is “it’s like a movie!” It’s meant well–to say Breaking Bad was “cinematic” is to say it looked gorgeous in a way TV didn’t used to–but it also implies that film is inherently superior.

Still, the analogy is useful for describing how the business has evolved in the megamultichannel era. The Sopranos and its successors created a kind of auteur-driven model of TV a la the Hollywood of the 1970s. Game of Thrones is–both creatively and business-wise–the equivalent of a blockbuster epic. And with the growth of streaming and cable outlets, there’s even a kind of “indie TV,” series like Togetherness, Transparent and Rectify that share the sensibility of indie film.

This week, the broadcast networks presented their fall schedules for advertisers at the “upfronts” in New York City. And much of their new programming shows that broadcast TV is like the movie business too: specifically, the big-studio summer tentpole market, increasingly driven by reboots, franchises and superheroes.

NBC is bringing back Heroes as Heroes Reborn, proving as the comics have that no superhero dies permanently; it’s also reviving the ABC sitcom Coach. Fox will have an X-Files “event series,” a serial version of Minority Report and a cop twist on the Frankenstein story. ABC will roll out a new, mockumentary edition of The Muppets and (let me know if you find out who asked for this) Uncle Buck. CBS is making series adaptions of Limitless and Rush Hour, plus the high-profile comics franchise Supergirl in the fall. The CW will have the Flash–Arrow spinoff Legends of Tomorrow (though to be fair, DC Comics series have been part of the network’s DNA since Smallville on its predecessor The WB).

As Joe Adalian wrote in Vulture, the motivations seem to be much the same in TV as in movies: in an increasingly saturated entertainment market, it’s an easier pitch to try to reach viewers with already familiar brands. It’s not only the big broadcast networks doing this, of course: Netflix is giving us the Fuller House reboot and a series version of Wet Hot American Summer. But the broadcasters, who need the biggest audiences to sell ads, have the most incentive to stick to the familiar. (Sometimes there are corporate incentives too: see Disney’s aggressive pursit of synergy between ABC’s Marvel TV series and the movies.)

Mind you, this isn’t automatically good or bad. One of the greatest TV series of all time, Buffy the Vampire Slayer, was a TV reboot of a movie (albeit a rethinking and a vast improvement). And while I don’t want to fall into the trap of reviewing a show based on the trailer, one of the fall series I’m most looking forward to is The Muppets, which Big Bang Theory producer Bill Prady is reconceiving as a mockumentary (an approach that makes sense, since it fits the inside-showbiz parody that was an element of The Muppet Show).

But it does make it more welcome to see the occasional series idea that isn’t based on an established brand or setting (plenty of cop and hospital shows next season too). I’m curious to see ABC’s Oil, about a subject–the fast-money petroleum boom in North Dakota–that could be fascinating if done right, and Fox’s Scream Queens: admittedly, it sounds like something from the Ryan Murphy Random Series Generator (American Horror Story: Glee, basically), but at least the screen isn’t saturated with horror comedies right now.

As Fox learned last season with Empire, often the key to both creative and mass-market success in TV isn’t compete originality or imitation, but a concept that’s both familiar (It’s Dynasty…) and not (…in the hip-hop industry). But that’s easier said than done. Instead, many of next fall’s debuts will be using essentially the opposite of the pitch NBC once used to advertise comedy reruns: Maybe you haven’t seen it before–but it’s still old to you. 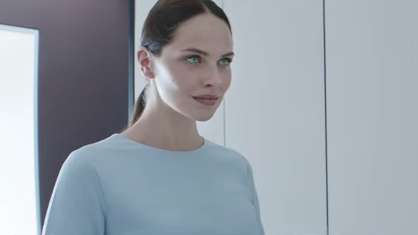 This Ad For Androids Has Brits Totally Freaked Out
Next Up: Editor's Pick