The Kids Most Likely to Have ADHD In the U.S.

Using data collected from parent reports of the developmental disorder attention deficit hyperactivity disorder (ADHD), the Centers for Disease Control and Prevention says that boys, white children and kids living in poverty have the highest rates of the condition in the U.S.

The information on ADHD, collected from a representative sample of U.S. families between 2011 and 2013 as part of the National Health Interview Survey, shows that 9.5% of children ages four to 17 were diagnosed with ADHD. The diagnosis was more common among older children than in younger ones.

Twice as many boys as girls were diagnosed, and more white children than any other race were told they had ADHD.

Family income also seemed to contribute in some way; children on public insurance had the highest rates of ADHD at 11.7%, compared to those with private insurance (8.6%) and children without insurance (5.7%). More children from families with incomes less than 200% of the federal poverty line were diagnosed with the condition than those from families living at about that threshold.

While the survey only showed a snapshot of the rates of ADHD broken down by gender, race and family income, the information could help public health officials better understand who is being diagnosed with the condition and potentially find better ways of providing support to those families, both in school and at home. “In view of the economic and social costs associated with ADHD and the potential benefits of treatment, the continue surveillance of diagnosed ADHD is warranted,” the report authors from the CDC’s National Center for Health Statistics write. 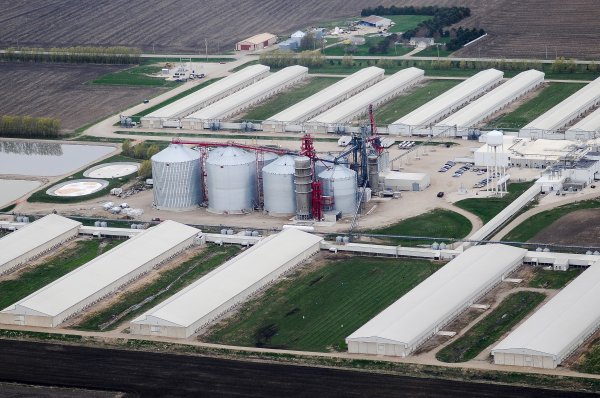 Everything You Want to Know About the Bird Flu Outbreak
Next Up: Editor's Pick