A Brief Guide to the Tumultuous 30-Year History of AOL

It was May 24, 1985 — 30 years ago this weekend — that the company now called AOL first came into existence. In honor of that anniversary, which comes just after the oft-derided company returned to headlines, here’s a quick look back at its turbulent history:

In 1983, Steve Case was a recent college grad with a home computer and modem who got a job at a company called Control Video, which sold Atari games. It collapsed shortly after he arrived. “Out of the ashes, Case crafted Quantum Computer Services,” TIME later reported. “His idea was to create an online bulletin board for owners of Commodore 64 computers. It wasn’t a sexy niche, but he thought it might have potential. From 1985 onward, Case nurtured Quantum from a few thousand members to more than 100,000.”

In 1991, Quantum was renamed America Online. By 1993, AOL introduced its own email addresses, a Windows version and access to the rest of the Internet for its users. Those moves led to some backlash—which soon became a recurring theme for the company.

At that time, one of the biggest sources of tension was that the Internet had previously been available mostly for people affiliated with colleges and universities. Users were used to dealing with “newbies” in the fall, as freshman acclimated to protocol, but now there were new users flooding in every day. “But the annual hazing given clueless freshmen pales beside the welcome America Online users received last March, when the Vienna, Virginia-based company opened the doors of the Internet to nearly 1 million customers,” TIME reported.

By the time AOL went public, the service had fewer than 200,000 subscribers, but TIME later reported that number soon climbed. In 1997, AOL announced they’d acquired CompuServe, riling many loyal CompuServe users. The backlash was echoed the following year when AOL picked up Netscape. The company faced more pushback from users when they switched from an hourly to a monthly pricing plan and launched a major membership drive that led to a traffic surge that couldn’t be handled by AOL’s existing modems. Still, it was, TIME noted, “a novel problem—too many customers,” and the company continued to grow.

By 2000, AOL was the nation’s biggest Internet provider and worth $125 billion. The company merged with Time Warner (then the parent company of TIME), and executives of the combined firm announced that they expected AOL Time Warner to grow 33% in the next year.

By 2002, it was clear such grand predictions were unrealistic. “Despite its powerful brand and unrivaled global member base of 34 million, the AOL division has seen its once stratospheric subscriber growth slow, its ad revenue fall and its international operations bleed money,” TIME reported. “The much ballyhooed broadband move–in which networked homes will enjoy high-speed connections to movies and music whenever they want–is off to a rocky start.”

The following year, Case—who had already taken a diminished role in order to spend time with an ill family member—resigned. “As the Internet bubble burst and advertising slid into recession, the company’s executives were slow to adjust their lavish profit-growth promises to Wall Street, which struck back hard,” TIME reported. “Having tumbled from a high of $56.60, the price of AOL Time Warner’s widely held stock stood at $14.81 at the end of last week, representing an almost $200 billion collapse of shareholder wealth. Levin was forced out. So was chief operating officer Bob Pittman, who had come from AOL. And now goes Case himself.”

AOL was down, but not out. The company split with Time Warner in 2009 and continued to chug along, making money off of its dial-up business and acquiring media properties like the Huffington Post in 2011. Now, AOL is the one being acquired.

Read a profile of AOL from 1997, here in the TIME Vault: How AOL Lost the Battles but Won the War 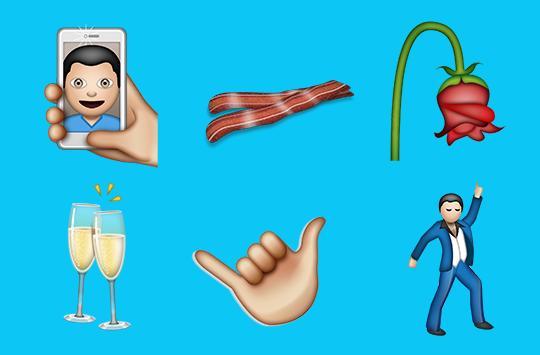 We're So Close to Getting a Bacon Emoji
Next Up: Editor's Pick