Investigators continued to pore over the scene of an Amtrak train derailment in north Philadelphia on Wednesday evening, hours after federal authorities said an engineer slammed on the brakes as it traveled at more than twice the speed limit, a move that barely slowed it before going off the tracks to leave at least seven people dead and more than 200 others injured.

The National Transportation Safety Board said Wednesday it was still too early to determine the ultimate cause of the crash and that a team of investigators will, over the next few days, probe factors like the train’s brake system and the track. After officials said preliminary data from a train recorder showed it had been traveling overly fast, speed arose as a potentially major cause.

Robert Sumwalt, a member of the safety board, said in a news conference that Amtrak Northeast Regional Train 188, which was carrying 238 passengers and a crew of five between Washington, D.C., and New York City, derailed while making a sharp left-hand turn close to 9:30 p.m. Around the time an engineer applied the brakes, Sumwalt said of an initial examination of the data, the train was traveling at 106 m.p.h., or more than twice the posted speed limit on that section of the tracks. “You’re supposed to enter the curve at 50 m.p.h.,” he said, noting that just before the curve the posted speed is 80 m.p.h. Moments later, at the time the recorder stopped working, the train’s speed was clocked at 102 m.p.h.

The crash happened on a curve near the site of an accident in 1943 that killed dozens apparently after problems with the train wheels as well as a lack of oversight. Sumwalt said two recorders were being sent to a lab in Washington, D.C., for further analysis.

“We’ve suffered a tragedy here in our city. Seven people have died as a result of a train derailment, which is a very unusual event,” Philadelphia Mayor Michael Nutter told reporters. “I don’t think anyone sitting here standing here today has a memory of a derailment of this kind in 50 years.”

“We have not completely matched the manifest that we received from Amtrak with the patient or hospital information,” Nutter said, adding that it was possible that some passengers who survived have not been in contact with local officials or that some who had tickets never boarded the train.

As of Wednesday evening, five of the fatalities had been identified. Among them were Jim Gaines, a 48-year-old software architect who worked with the Associated Press; Rachel Jacobs, chief executive at the Philadelphia-based education technology company ApprenNet; Abid Gilani, a senior vice president at Wells Fargo; Justin Zemser, a 20-year-old midshipman at the U.S. Naval Academy; and Derrick Griffith, a 42-year-old CUNY doctoral student and dean of student affairs for the university’s Medgar Evers College in Brooklyn.

In a televised interview with CNN late Wednesday, after excessive speed was noted before the derailment, Nutter slammed the train’s engineer. “Clearly he was reckless and irresponsible in his actions” he said. “I don’t know what was going on with him. I don’t know what was going on in the cab, but there’s really no excuse that could be offered, literally, unless he had a heart attack.”

A number of news outlets reported into the evening on the engineer’s identity. NBC News reported it had confirmed via Einstein Medical Center in Philadelphia that Brandon Bostian was treated for injuries and later released. A lawyer for Bostian, a 32-year-old Queens resident, told ABC News that his client couldn’t recall the derailment and was “very distraught” after hearing the crash had led to deaths. Bostian, who the attorney said suffered leg injuries in addition to a concussion and a head wound, had turned over a blood sample and cell phone to authorities.

Train traffic along the busiest stretch of the Northeast Corridor, the stretch of rail between Washington, D.C., and Boston that Amtrak says serves more than 2,200 trains every day, was set to remain snarled into Thursday. In a statement, Amtrak said it would not operate between Philadelphia and New York City on Thursday, but that New Jersey Transit would honor Amtrak tickets between Trenton and New York City.

Earlier, Pennsylvania Senator Pat Toomey described the scene as “horrific and heartbreaking.” And Senator Bob Casey, who spoke afterward, commended rescuers for working “under the most horrific circumstances.”

The White House released a statement Wednesday morning that offered condolences to the victims’ families.

“Our thoughts and prayers go out to the families and friends of those we lost last night, and to the many passengers who today begin their long road to recovery,” President Obama said in the statement. “Amtrak is a way of life for many. From Washington, D.C., and Philadelphia to New York City and Boston, this is a tragedy that touches us all.”

Vice President Joe Biden, who often discusses his own frequent trips on Amtrak between Wilmington and the nation’s capital, also released a statement. “Amtrak is like a second family to me, as it is for so many other passengers,” he said. “The victims could have been any one of our parents, children, or someone from one of our communities.”

—With reporting by Dan Kedmey

Read next: Focus of Amtrak Derailment Shifts to Engineer 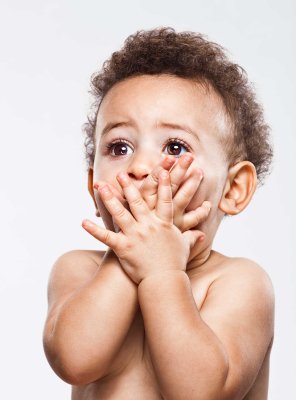 Find Out What Your Name Would Be if You Were Born Today
Next Up: Editor's Pick