You Asked: How Safe Is Train Travel?

The Amtrak train crash outside Philadelphia, which left at least seven people dead, may have you thinking twice about the safety of train travel.

And in fact, research shows that trains are less safe than some other forms of long-distance transportation in the U.S., including commercial air travel, which is the safest.

A 2013 study published in the journal Research in Transportation Economics found that commercial air travel has just .07 fatalities per billion passenger miles. The study, which examined data from 2000 to 2009, didn’t include acts of suicide or terrorism. If you’re still concerned about the few accidents that contributed to that figure, it’s worth noting that there hasn’t been a fatal commercial airline crash in the U.S. since 2009.

Despite some high-profile accidents, bus travel ranks as the second safest form of long-distance travel, with only 0.11 fatalities per billion passenger-miles, the study found. Long-haul passenger train service is nearly four times as dangerous, with 0.43 fatalities per billion passenger miles. A total of 13 people died during Amtrak accidents in 2014, according to data from the Federal Railroad Administration.

Car accidents are the most dangerous method of transportation by a large margin, with drivers or passengers in cars facing a fatality risk of 7.3 per billion passenger miles. More than 30,000 people died in car crashes in the U.S. in 2014. 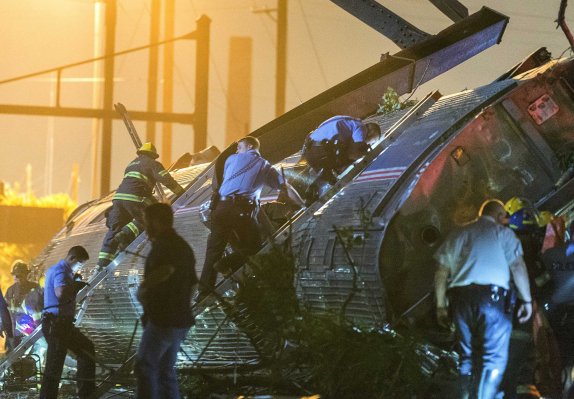