Migrants on a packed wooden boat wait to be rescued off the coast of Malta on May 3, 2015.
Jason Florio—MOAS
By Vivienne Walt

The movement of migrants across the Middle East and Africa towards Europe has generated up to $323 million for the Islamic State in Iraq and Greater Syria (ISIS) and other jihadist groups, a new report has revealed.

Many of the migrants embark from Libya on unseaworthy boats which have foundered with thousands drowning and thousands being rescued by European navies. At least 170,000 refugees made the sea journey last year, and that number looks likely to increase this year, according to the European Union’s border-surveillance organization Frontex.

European Union and African officials are scrambling to find ways to stop the migration. On Wednesday the Guardian revealed a 19-page E.U. strategy report to crack down on the smugglers, which included air strikes on boats and possibly the use of troops in Libya.

But while E.U. officials anguish over the plight of people crossing the Mediterranean to get to Europe, the migration has proved an invaluable business opportunity for groups like ISIS. So valuable that international crime experts believe ISIS might have launched some attacks specifically in order to drive people to flee, and then profit from their flight. “They [ISIS] were looking desperately for new funds,” says Christian Nelleman, director of the Norwegian Center for Global Analysis, or RHIPTO, who co-authored this week’s report with the Geneva-based Global Initiative Against Transnational Organized Crime, a consortium of organized-crime experts. “Unlike al-Qaeda, ISIS needs a totally different scale of funds because they run an army and provide social services,” he says.

ISIS’s sources of funding appear to have changed markedly since 2014. For much of last year, ISIS brought in funds from oil smuggling — a key reason why its fighters seized oil facilities in Syria and Iraq —with oil trading earning up to $3 million a day, according to U.N. estimates. But those earnings have crashed, perhaps by half, since last August, when the U.S. and its allies began bombing ISIS oil facilities, according to a Western intelligence report from last January, which was shared with TIME this week. The report estimates that ISIS needs between $523.5 million and $815.3 million a year to run its operations, including to pay its fighters, run social services, and buy weapons and ammunition.

Aside from oil, ISIS has recently earned between $22 million and $55 million a year taxing antiquities smugglers, who traffic looted objects out of Syria and Iraq, and between $168 million and $228 million a month taxing small businesses and residents in ISIS-controlled areas, according to the January intelligence report, which said ISIS has “a robust budget for a group numbering in the 30 to 40,000 range.”

In fact, the most robust new business is migrant smuggling, with funds going not only to ISIS but also al-Qaeda-linked groups around the Sahara and militias in Libya, which seized the capital Tripoli last August. Smugglers typically charge each migrant between $800 and $1,000 to reach Libya, either from across the Sahara or from the Middle East, and then between $1,500 and $1,900 to cross the Mediterranean to Europe, according to this week’s report.

In an interview with TIME last month, one migrant described being forced to pay different armed groups along each step of his four-month journey, from his home in Senegal until he squeezed aboard a migrant boat off Libya’s coast in mid-April, bringing the total cost of his journey to about $2,150. That is typical of the smugglers’ operation across the Middle East and Africa, according to this week’s report. “The value of this trade dwarfs any existing trafficking and smuggling businesses in the region, and has particularly strengthened groups with a terrorist agenda, including the Islamic State (ISIS),” the report says. “This growing business now provides what is possibly now the largest and most easily accessible threat finance opportunity for both organized crime networks and armed groups to purchase arms, establish larger and more regular armies, and demand taxation.”

The report suggests ISIS has recently driven Syrians and Iraqis from their homes in a deliberate attempt to increase their control over smuggling routes, and to drive up the numbers of those trying to cross the Mediterranean. Syrians now comprise the largest number of migrants crossing the Mediterranean, followed by refugees from the East African nation of Eritrea. The surge in Syrian refugees crossing the Mediterranean since last year appeared to follow ISIS attacks on refugee camps. “Why would they want to attack refugee camps near the Syria-Jordan border?” Nelleman says. “The purpose was to drive refugees out.” Many of those refugees made their way to Libya to take dangerous boats to Europe. 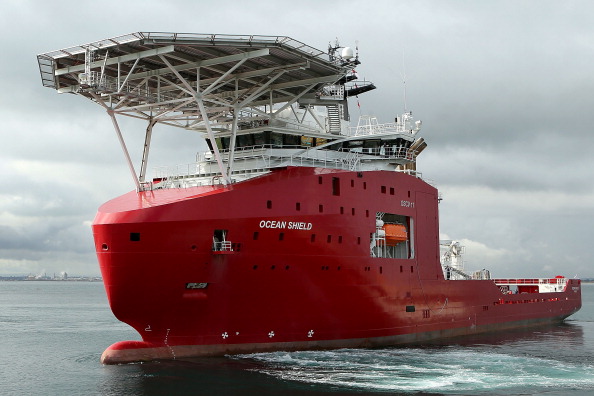