When an Amtrak trained derailed on Tuesday night in Philadelphia, leaving at least six people dead, it wasn’t long before observers noticed an eerie echo of the past: the wreck took place not far from the site of what was, at the time, one of the country’s deadliest train crashes.

It was September of 1943 when the Pennsylvania Railroad’s Congressional “cracked apart” in what TIME called “one of the most spectacular wrecks in U.S. railroad history.” Like the most recent derailed train, the Congressional was bound for New York City but had not yet cleared Philadelphia city limits. And, like the people of today, first responders nearby rushed to the scene to try to help. This is what they found:

But it does look like, thankfully, there is at least one difference between today’s aftermath and that of seven decades ago: as of press time in 1943, TIME counted at least 75 dead. That put the Congressional crash within range of the 115 dead in what was at that time the nation’s worst-ever train disaster, a 1918 crash in Tennessee, though nowhere near the worst in the world, in which at least 500 French troops were killed on their way home for a leave during World War I.

And the disaster didn’t stop there: by the next week, five more victims of the Congressional wreck had died, and the Pennsylvania Railroad had seen two smaller crashes with three more victims between them. Other local railroads saw their own spate of derailments.

The reason for the run of trouble, TIME surmised, was the burden of wartime demands. “Groaning under record loads of passengers and freight, short of men, shy of equipment, U.S. railroads have chugged along by dint of many a huff, puff and prayer, and some luck,” the magazine noted. “Now their luck seemed to be running out.”

Read the full story from 1943, here in the TIME archives: Wreck of the Congressional

Most Popular on TIME
1
Read Donald Trump's Full Inauguration Speech
2
All the Marvel Clues You Missed in WandaVision's First Two Episodes
3
Can You Socialize Safely Indoors This Winter Amid COVID? 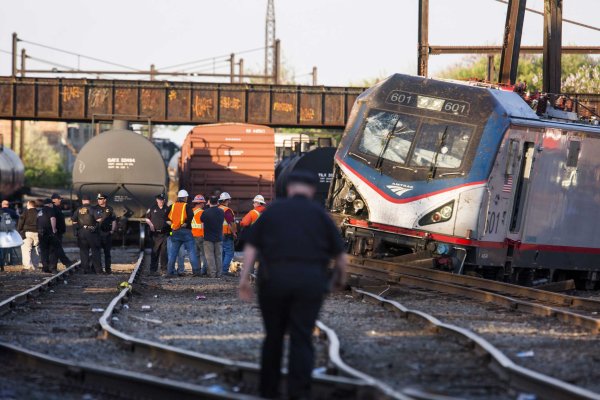 How the Amtrak Derailment Is Affecting East Coast Travel
Next Up: Editor's Pick