A member loyal to the Islamic State in Iraq and the Levant waves an ISIS flag in Raqqa on June 29, 2014.
Reuters
Ideas
By Carla Power
Carla Power is the author of If The Oceans Were Ink: An Unlikely Friendship and a Journey to the Heart of the Quran (Henry Holt, April 2015).

The young man had wavy hair down to his shoulders, white teeth, and a charisma palpable even from across the street. My driver saw it, too: “al-Qaeda,” he said, fear and awe mingling in his voice. Whether or not the man was indeed al-Qaeda, he had a cosmopolitan air, making every man around him on the dusty street in downtown Sana, Yemen, seem small-town by comparison.

It was that day that I understood firsthand a key recruiting tool for violent jihadis: boredom. Nearly a decade later, it’s still one reason for youth radicalization. For young people in Yemen, where youth unemployment is about 50%, the possibilities of ordinary life must pale besides joining a transnational band to fight in a foreign land. How else to catch some of that reflected globalization they saw on communal televisions?

Modern terrorist organizations, such as ISIL, are creating more complex and nuanced propaganda to lure these disenchanted youth in the Middle East, and the West. ISIL’s English YouTube videos target Western kids weaned on Western pop culture. There are custom retools of Grand Theft Auto for wanna-be jihadis, and testimonials that look like snowboarding videos. Young women schooled on Disney princess DVDs join ISIL dreaming of, in the words of one recruit’s tweet, “doing a Mulan” and going out disguised as a man on the battlefield.

Recruiters promise community and “sisterhood.” “It’s cliquey,” says Erin Saltman, who heads up the Women and Extremism project at the Institute of Strategic Dialogue in London. “The people who aren’t in the clique haven’t made the journey out. Anyone can make the journey, they try to say, and if you don’t, it’s because you’re weak, or not a good Muslim.”

Once, terror experts saw Western jihadis as disenfranchised loners without prospects, or second-generation youth stranded between Old World mores and Western ones. Today, recent recruits are often well-educated and integrated, with close families and bright futures. Middle Eastern ISIL fighters often join after the political or literal annihilation of their countries; Western recruits are often searching for a purpose and for certainties they can’t find at home.

Like other youth who hit the job market in a post-economic-crash Europe, many of these radicalized youth are dissatisfied, tech savvy, and desperate to belong to something bigger than themselves. Unlike their immigrant parents or grandparents, those coming of age in the post-crash era don’t believe their economic futures are secure, or that working hard will guarantee success.

For youth facing an uncertain job market, an outfit like ISIL that says they’ll whisk you to the heartland of Islam to do good for a righteous cause, might prove appealing. In a murky world of zero-hour contracts and short-term rentals, the certainty of a group that says the’ll fix you up with a house, a spouse, and a career could seem pretty tantalizing.

Europe has seen the dangerous mix of anxiety and boredom before. In Defying Hitler, a memoir on growing up in Germany between the wars, Sebastian Haffner wrote of the “emptiness and boredom” hanging over swathes of interwar Germany, with “the yearning for ‘salvation'” through alcohol, through superstition, or best of all, through a vast, overpowering, cheap mass intoxication.”

For kids raised in the mall and online, reared to believe that “choice” is their birthright but who have watched their choices dwindle after the economic crash, ISIL might just be the cheap mass intoxication they’re looking for. 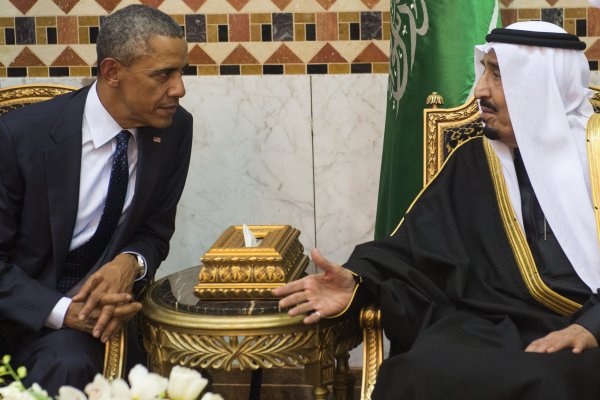