Howard Safir: War on Police Is Causing Violence To Increase

Eighteen people have been murdered, and dozens more shot in Baltimore since the riots in response to the death of Freddie Gray. There are now 22 more murders in Baltimore so far this year than during a comparable period last year. Even New York, the safest large city in America, has seen a material increase in homicides and shooting.

Most talking heads attribute the uptick in criminal violence to causes such as poverty, lack of family, racism, too many guns, and too much drug use. Society must work to counter these ills immediately and over the long term. But these are not problems that can be solved this year or next, and many lives will continue to be lost in the interim unless we do something. The best and only way to ensure a reduction of crime in real time—to prevent more people from dying today, tomorrow, next week and the following weeks—is to police professionally and effectively.

The number one civil right is to be free from harm. Police officers stand between civil society and chaos. This gives police no license to be brutal, overly aggressive or in violation of the law—the rare criminal who wears a blue uniform should be stripped of it and prosecuted. But the more than 99% of our officers who do their jobs with integrity and good intent must be empowered to do their jobs without overly burdensome laws, regulations,or administrative burdens that neuter them against murderers, drug peddlers, rapists, thieves, and others who disrespect the law and all it works to protect.

Police must fundamentally believe that the citizens and politicians whom they protect and answer to both value and respect what they do. When the president and attorney general of the United States say that we have a major problem with policing in this country, and when mayors of major cities declare that the police are brutal, our so-called leaders send a demoralizing message to the vast majority of committed and dedicated police officers that they are unappreciated and unprotected.

When the state’s attorney in Baltimore publicly announces the indictment of six police officers while using the protestor’s phrase “no justice, no peace,” she tells police officers that they will not be held to the same standard of impartiality and presumption of innocence as enjoyed by every American. For what appears to be political expediency—and what can at best can be described as prosecutorial grandstanding—she communicates to the police officers that she has made up her mind about their guilt.

While the most dedicated police officers will continue to work hard, many officers and their unions will interpret the words and actions of politicians and prosecutors as an invitation to do the absolute minimum. Worse, they will fear that their jobs, families’ livelihoods, and even their own liberty will be in jeopardy. The result is what we are beginning to see in Baltimore and other cities: a significant increase in violence.

A combination of assertive policing and community policing can turn this around. Rather then talk at each other, the community, the police, and our leaders need to talk to each other.

When I was police commissioner in New York, we had a program called “Model Block” that combined aggressive policing with committed community involvement, empowerment, and revitalization. We targeted the most violent and drug-infested neighborhoods. With the help of the community, we identified those who were committing crimes, and through aggressive police work, we made cases and arrested them.

We held community meetings and organized working groups of citizens and city workers from multiple agencies to take action on restoring these blighted neighborhoods into livable communities. We restored buildings, cleaned up streets, helped those who wanted to work gain job skills—essentially catalyzing and coordinating a better physical and economic environment from the danger and disrepair that had overtaken it. We stationed uniformed officers on foot patrol to ensure that the criminals did not return. In some cases—each with community buy-in and permission—we even set up checkpoints at the end of blocks to keep the criminals out. By taking back neighborhoods block-by-block and engaging the residents, we changed some of the most dangerous neighborhoods in New York City to some of the safest.

This is National Police Week. Police officers from all over the country will gather at the National Law Enforcement Memorial in Washington D.C. They will remember the officers killed in the line of duty last year. Fresh in their minds will be the three officers killed in the last two weeks—Officer Brian Moore in New York and Officers Benjamin Deen and Liquori Tate in Hattiesburg, Mississippi. They will think about the reasons they became police officers and rededicate their minds and lives to protecting us. It’s vital that we convince them that we appreciate their sacrifice. To do less will endanger us all. 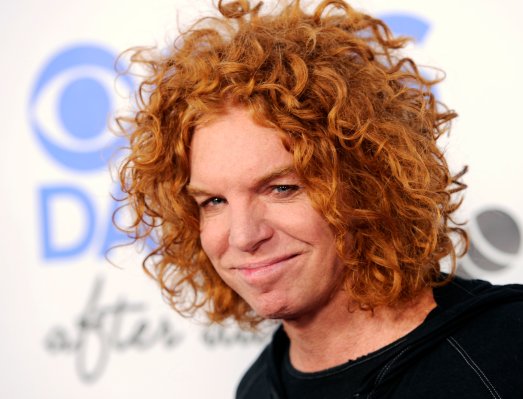