An astronaut, an entrepreneur-TV personality and a football player walking into a room sounds like the beginning of a joke, but it happened on Tuesday’s Celebrity Jeopardy!—and the athlete came out on top.

Green Bay Packers quarterback Aaron Rodgers bested Kevin O’Leary of Shark Tank and Mark Kelly on the trivia game show with a final score of $8,399, which means $50,000 will go to the charity of his choice, Midwest Athletes Against Childhood Cancer, Yahoo Sports reports. (Kelly and O’Leary won $10,000 for their causes.)

Rodgers’ victory wasn’t without a few missteps: he missed questions involving his college (the University of California, Berkeley) and Harley-Davidson (one of the most well-known companies in the state he now plays for). But without his participation, we wouldn’t have this Vine of Jeopardy! host Alex Trebek doing his finest Rodgers imitation. 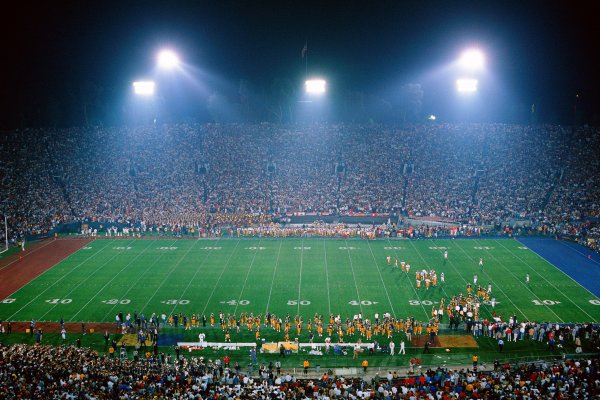