Dancing With the Stars Recap: Here Are the Finalists

Welcome back to Dancing With the Stars. The results are in and after an hour of filler, one of the semifinalists will be cut right before they earn the bragging rights of making it into the final round of the competition. Last night, Olympic gymnast Nastia Liukin and Hough family scion Riker Lynch earned perfect scores, with Rumer Willis and veteran Noah Galloway fast on their heels. As we approach the finals, it’s anyone’s ballroom.

Noah Galloway and Sharna Burgess: Noah is going into the semifinal voting in last place, albeit in a very tight competition. That said, he has a trump card: his midshow proposal. Will the prenuptial boost be enough to keep him in the competition? Maybe! Throughout the season the judges have called Noah an inspiration, but it wasn’t enough to inspire voters to put them through to the final round easily. They are in jeopardy.

Requisite Patriotic Dance Routine: While the only military veteran performing this evening has just been told he is in jeopardy of being sent home, the show has no qualms about following his judgment with a USO-inspired patriotic dance number. The routine kicks off with a cover of Bryan Adams’ “Summer of ’69,” filled with a lot of passion and tremolo (but not as good as Ryan Adams’ take on it), which quickly segues into John Mellencamp’s “R.O.C.K. in the USA.” It’s fun, fast-paced and flashy for a time killer of a number.

Riker Lynch and Allison Holker: After a season spent at the top of the leaderboard and a semifinal round in which they earned perfect scores for both of their dances, there was little doubt that Riker would be in jeopardy. Plus, he’s the young, cute boy that all the girls watching this show with their parents can vote for over and over and over again. That said, you never know about the fickle heart of the American voter. Aw, who are we kidding: he’s safe.

Dance Through the Ages: In an interesting bit of primetime network television mimicking the Internet, Sasha Farber and Emma Slater performed a YouTube-ready routine with the click-worthy title of “Watch a Decade of Dance in Two Minutes.” Thanks to their dance skills and some careful costuming and even more careful editing, the two pros covered the major dance styles of the 1900s, including the Lindy Hop and the Charleston to disco and the hip-hop era. Look for it in your newsfeed tomorrow!

Nastia Liukin and Derek Hough: Like Riker, the Olympic gold medalist has consistently been at the top of the leaderboard throughout the season. Also like Riker, last night both her dances earned a string of perfect 10s from the judges. Nastia has regularly delivered technically perfect moves and lived up to Derek’s exacting standards — even when Derek wasn’t dancing with her. However, Nastia lacks some of Riker’s elan and artistry, so it’s less of a surprise when it’s announced that she is in jeopardy.

Girl Power: To continue killing time until the results are announced, the women of the dance corps took to the floor to dance with the ghosts in the machine. Set to Jordin Sparks’ “I Am Woman,” the women danced with computerized versions of themselves until everyone got weirded out and the number ended. The future is weird.

Special Musical Guest: Flo Rida stopped by the show to perform his song “G.D.F.R.,” which stands for “going down for real.” The performance was capped off with host Tom Bergeron loudly proclaiming, “Flo Rida!” because there was really nothing else to say.

Rumer Willis and Val Chmerkovskiy: Rumer came in third in last night’s semifinal round, but has uniformly been at the top of the leaderboard this season. However with only four contestants left, anything is possible, especially as voters might enjoy the schadenfreude of seeing the daughter of two very famous celebrities disheartened. (No one said voters are nice!) Sure enough, she’s in jeopardy. The producers now have three out of the four contestants in jeopardy, but theoretically someone is going to have to stick around to compete against Riker in the finale. Seems likely that Rumer will last to the final round.

Nepotism in Action: For no apparent reason, Riker’s brother Ross showed up on stage to lip sync the song “Gotta Be Me.” He gave up lip syncing after a few bars and hit the dance floor to promote Teen Beach 2, which is premiering on the Disney channel later this month. Ross is a more talented dancer, than lip syncer, but that doesn’t increase the likelihood of wanting to watch Teen Beach 2.

Who Went Home: Riker is already in the finale, and it is quickly announced that Noah and Sharna are … safe! That left one spot for either Rumer or Nastia. The spot in the finals goes to Rumer, and Nastia is going home. She is gracious as you would expect a former Olympic gymnast to be about it, thanking everyone for the opportunity.

Best Reason to Come Back Next Week: Someone is taking home a Mirror Ball! 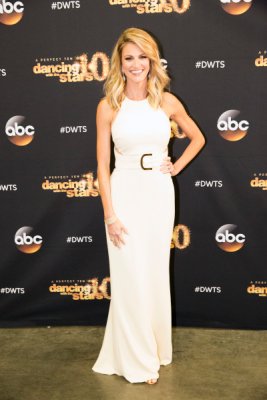 Did <em>Dancing with the Stars</em> Host Erin Andrews Roll Her Eyes During a Proposal?
Next Up: Editor's Pick