The Idea That Christianity Is Fading in America Is Hogwash

The sky is falling for Christians in the public square: According to recent finding from Pew Research Center, fewer Americans shared Christian values in 2014 compared to 2007.

How will 2016 politics be affected? In the coming days, we’ll read about the end of the evangelical voting bloc, that the pastors and pews of the nation will be left silenced, that the long-held dreams of the secular left are finally becoming a reality.

As our nation grows, and the younger generations are fed a constant stream of culture that debases religion and Christian values, folks have become less likely to identify with organized religion. The theory is that with fewer people identifying as Christians, their power at the ballot box will be diminished. There is only one problem—Christians still make up the vast majority of American adults and still have the potential to affect change at the ballot box.

Of course, it’s not news that mainline Protestant church membership is falling, and the Catholic Church’s woes have been widely reported. But the Pew study showed only a 0.9% reduction in evangelical Protestants. Considering the growth of the nation and the anti-Christian memes flooding social media and inundating pop culture, evangelicals have remained pretty steady.

So what do these trends foretell for the upcoming elections? Not what you might think.

Even before this troubling trend was reported, too many Christian voters had dropped out of the political process already. In the past decade, about 78 million U.S. adults self-identified as evangelical in their beliefs, but reportedly only about 46 million were registered to vote, and only about 28 million cast a ballot in the 2004 presidential race.

We regularly see reports of Christian-bashing across the nation: secular activists challenging the right of Christians to engage in the public debates; cities trying to subpoena pastors sermons, emails, and private notes; the restriction of school children praying of their own volition; our president scolding pastors on medieval history and equating the holy crusades with the modern-day threats from ISIS.

These attacks on Christianity have the potential to create a populist movement across America, uniting Christians who have become disillusioned with government institutions and political leaders, and who are fed up with the attacks on the Christian values that built our nation. The candidates who speak to evangelicals and their values, and who actively seek their support will find a massive latent block of voters waiting to be excited.

Those looking to forecast the end of the evangelical voting block should take a careful look at one of the lessons from Barack Obama’s 2008 election—who comes out to vote matters.

Just a small increase in the turnout of the evangelical vote could change the political landscape dramatically. It is just these type of studies and reports on the demise of the religion that will drive even more public debate about the need for Christian values. The logical result will be a clearing of the pews on Election Day.

Woe to the political leaders who read too much into the story line that Americans have become anti or non-Christian. The power of those who can engage faith-based voters will be unleashed during this election cycle. Too much is at stake for it to be ignored.

Americans still have a strong sense of right and wrong, an innate sense of fairness, and a belief in the enduring truths that are taught in the Bible. These ideals are the rock of our society. There are millions of evangelicals looking for a leader willing to fight to put them back into our culture and government. 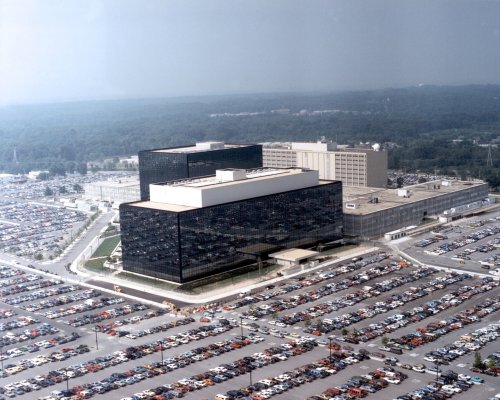 Senator Rand Paul: What You Discuss on Your Phone Is None of the Government's Business
Next Up: Editor's Pick