King Salman of Saudi Arabia has declined an invitation to participate in President Barack Obama’s Gulf summit meeting in Camp David this week. Both the United States and Saudi Arabia are working to minimize the fallout from this decision, but from the Saudi standpoint, this summit does not hold much attraction. Only two other heads of the Gulf states are attending. Two are in poor health, but the other non-attendees may be following Riyadh’s lead. Some of this reticence may derive from a festering series of policy disagreements that contribute to seriously frayed relations with the Gulf monarchies.

In their view, Obama was surprisingly willing to promote the ouster of Hosni Mubarak in Egypt, declaring that it was time for him to go and insisting on being on the “right side of history.” Arab monarchs began to wonder whether, if this could happen to Mubarak, would this administration decide that they, too, were on the wrong side of history? They then witnessed the president’s about-face on Syria, backing away from even minimal military action against Bashar Al Assad’s use of chemical weapons. Most worrisome is the impending agreement with Iran on its nuclear program, which portends a closer American relationship with the perceived archenemy of the Gulf Arabs. Removing sanctions against Iran and freeing up billions in funds raises the threat level perceived by the Saudis and their neighbors, who fear a growing encirclement by Iran and its proxies, to say nothing of the prospect of a nuclear capable Iran that would dramatically change the balance of power in the Middle East.

Presidential summits are often all about deliverables. When then-Crown Prince Abdullah met with President George Bush in Crawford, Texas, in 2002, Abdullah wanted to demonstrate to the president, through the use of videotapes, the carnage he believed was being inflicted upon the Palestinian people by Israel. He also wanted to secure the release of Yasser Arafat from his confinement by the Israelis in Ramallah, along with a list of other items. During the summit, we worked through the issues and reached resolution on a number of them. The president took the crown prince for a ride around the ranch in his pickup truck, and the two returned with a stronger personal bond that was occasionally reinforced and served them well throughout the remainder of the Bush presidency.

Times have changed. The Arab Spring has disintegrated into chaos. Alliances that endured for decades have frayed at best. The American pivot away from the Middle East is seen as abandonment in a time of crisis. Top-level personal relationships have not jelled. A nuclear accord with Iran offers little assurance of compliance, detection, or enforcement. Also, reaffirmation of the American security umbrella, perhaps the main deliverable at this summit, may be a bridge too far.

UAE Ambassador Yousef Al Otaiba has asked for something more concrete than a “gentleman’s agreement.” Yet the most advanced aircraft and weapons systems would not be available without Congressional approval, where determination to maintain Israel’s “qualitative edge” might well prove a roadblock. Absent a treaty, even written guarantees of American protection for the Gulf may seem hollow in light of recent performance, and would not be binding on future administrations. A more muscular missile defense system may be the best the Americans can offer.

The icing on the cake may be Obama’s intention to lecture the heads of state (or their designees) on reform. In an interview with the New York Times he asserted that the Saudis and other allies should note threats from within, “populations that, in some cases, are alienated, youth that are underemployed, an ideology that is destructive and nihilistic, and in some cases, a belief that there are no legitimate political outlets for grievances.” While these concerns are well-founded and need attention, if this is part of the agenda, some leaders may find reason to pass. A trip to the Camp David woodshed will be about as welcome as a trip to the dentist. 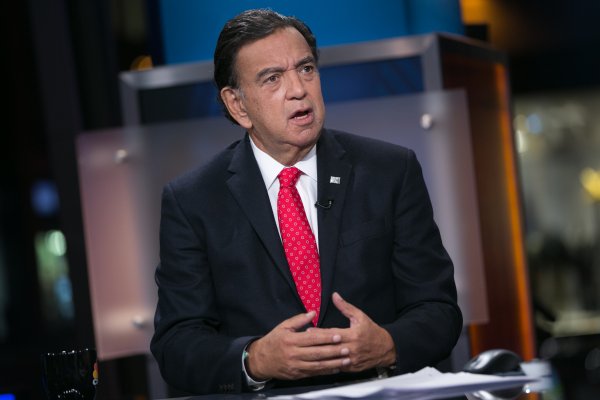 Obama Administration Policy on North Korea Is Not Working
Next Up: Editor's Pick