A portrait of Harriet Tubman (ca. 1820-1913). Tubman, herself an escaped slave, helped hundreds of slaves escape the South by means of the Underground Railroad.
Corbis
By Charlotte Alter

Harriet Tubman won an online poll asking which woman should be featured on the $20 bill, as part of a movement to push President Obama to support the idea.

More than 600,000 people voted in the online poll, and Tubman won with over 33% of the vote, beating runner-up Eleanor Roosevelt by 7,000 votes. Tubman was an escaped slave and abolitionist who devoted her life to working as a “conductor” on the Underground Railroad, helping other slaves get to safety. She also served as a spy and scout for the Union Army during the Civil War.

“Our paper bills are like pocket monuments to great figures in our history,” Women On 20s Executive Director Susan Ades Stone said in a statement. “Our work won’t be done until we’re holding a Harriet $20 bill in our hands in time for the centennial of women’s suffrage in 2020.”

Petitions to put Harriet Tubman on the $20 bill were delivered Tuesday to the White House Council on Women and Girls (addressed to Chair Valerie Jarrett and Executive Director Tina Tchen) and to the office of U.S. Treasurer Rosie Rios. Their representatives did not immediately respond to requests for comment.

The Women on 20s campaign got a boost last month when Representative Luis Gutiérrez, a Democrat from Illinois, introduced legislation calling for a woman to be featured on the $20 bill. 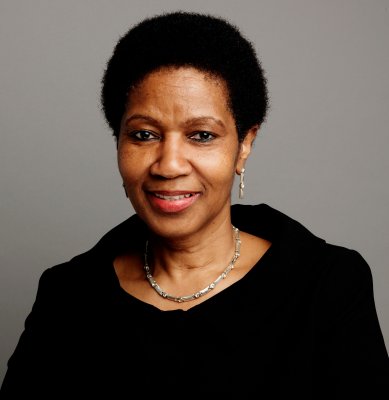 Meet 10 CEOs and University Leaders Working For Gender Equality
Next Up: Editor's Pick