Why Dial-Up Internet Isn't Dead Yet

Verizon’s announcement Tuesday that it plans to purchase AOL revealed a interesting tidbit about what AOL is up to these days. Not only does the company continue to provide old-fashioned, dial-up Internet service to 2.3 million active subscribers, but that subscriber base has held surprisingly steady in recent years. The current numbers are only a notch lower than 2013, when AOL had 2.5 million dial-up subscribers, according to the company’s second-quarter earnings report.

The numbers reflect a broader trend in broadband adoption—or lack thereof. The vast majority of Americans abandoned their dial-up connections in droves sometime between 2000 and 2010. But their numbers plateaued in recent years. Meanwhile, a slender minority of the population, roughly 3%, didn’t make the switch, according to Pew Research. Year after year, the same percentage of Americans stuck to dial-up.

That’s partly because broadband providers have yet to extend fiberoptic cables to sparsely populated regions, such as rural counties in southeast Missouri. “It’s just not a concentrated enough population to justify the investment from the companies,” said Felicity Ray, director of the Ozark Foothills Regional Planning Commission. Residents have been advocating for federal or state funding to extend the broadband cables a little farther into the countryside, Ray said.

“We’ve been trying, trying, trying to get higher-speed Internet,” Judy Allen, 75, who lives five miles outside the Missouri town of Bunker (pop. 402), told TIME. Her house falls just a mile beyond the local broadband network’s outer limit, so she’s been forced to stick with dial-up service instead.

“It was slow as grandma, but it was there all the time,” Allen said—until it wasn’t. The local service provider closed up shop and Allen had to switch to an even costlier and less reliable satellite connection. At roughly $70 a month, she said, she gets a connection that is occasionally disrupted by a cloud drifting overhead. “The politicians say, ‘We want everybody to have access to high-speed internet,’ but they won’t fund it,” Allen said.

Of course, not all dial-up subscribers are physically cut off from the broadband network. A Pew survey in 2009 found that roughly 15% of dial-up subscribers had no access to speak of, while a full one-third said they simply couldn’t afford to pay broadband prices. AOL offers a dial up connection at $11.99 a month, a tempting discount, especially for more infrequent Internet users. Besides, not everyone needs to stream videos in high definition.

Pew researchers did discover a tiny kernel of users who seemed to have a stubborn attachment to their dial-up service. Whether it was due to age or force of habit, those respondents didn’t say, but roughly one-fifth simply asserted “nothing would get them to change.”

So even if broadband prices plummet and networks expand to every last redoubt of dial-up nation, AOL may still have a core of paying customers for years to come. If that sounds implausible, consider the longevity of the telegram, which remained a viable service in India until 2013, more than a century after phones supposedly rendered it obsolete.

MORE Meet the Man Who Brought AOL Back From the Dead 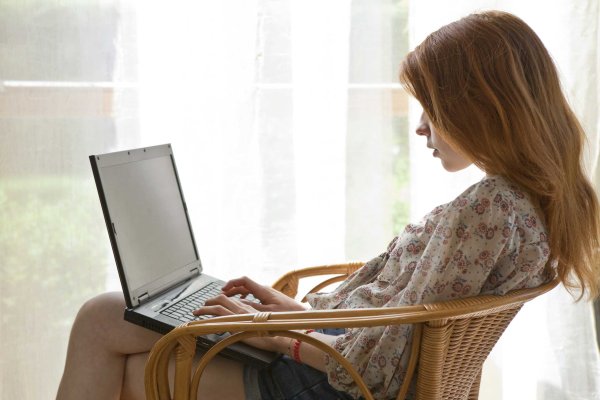