Here's the Secret Truth About Economic Inequality in America

We all know that inequality has grown in America over the last several years. But the conventional wisdom among conservatives and even many liberals has always been that inequality was the price of growth–in order to get more of it, we needed to tolerate a bigger wealth gap. Today, Nobel laureate Joseph Stiglitz, the Columbia professor and former economic advisor to Bill Clinton, blew a hole in that truism with a new report for the Roosevelt Institute entitled “Rewriting the Rules,” which is basically a roadmap for what many progressives would like to see happen policy wise over the next four years.

There are a number of provocative insights but the key takeaway–inequality isn’t inevitable, and it’s not just a social issue, but also an economic one, because it’s largely responsible for the fact that every economic “recovery” since the 1990s has been slower and longer than the one before. Inequality isn’t the trade-off for economic growth; rather, it’s both the cause and the symptom of slower growth. It’s a fascinating document, particularly when compared to the less radical Center for American Progress policy report on how to strengthen the middle class, authored by another former Clinton advisor, Larry Summers, which was widely considered to set out what may be Hillary Clinton’s economic policy agenda.

While the two have some overlap, the Stiglitz report is bolder and more in-depth. It’s also a much more damning assessment of some of the policy changes made not only during the Bush years, but also during Bill Clinton’s tenure, in particular the continued deregulation of financial markets, changes in corporate pay structures, and tax shifts of the early 1990s. During a presentation and panel discussion on the topic of inequality and how it relates to growth (I moderated the panel, which included other experts like Nobel laureate Bob Solow, labor economist Heather Bouchley, MIT professor Simon Johnson and Cornell’s Lynn Stout, as well as pollster Stan Greenberg), Stiglitz made the point that both Republican and Democratic administrations have been at fault in crafting not only policies that forward inequality, but also a narrative that tells us that we can’t do anything about it. “Inequality isn’t inevitable,” said Stiglitz. “It’s about the choices we make with the rules we create to structure our economy.”

One of the big economic questions in the 2016 presidential campaign will be, “why does inequality matter?” The answer–because it slows growth and thus affects everyone’s livelihood–is simple. But the reasons behind it are complex and systemic. Senator Elizabeth Warren and New York Mayor Bill de Blasio were on hand to help connect the dots on that front, with de Blasio calling for more social action in order to “move to a society that rewards work over wealth,” and Warren re-iterating a hot button point that she made last week about inequality and the trade agenda; she believes that Fast Track trade authority for President Obama would allow big bank lobbyists on both sides of the Atlantic to further water down financial reform that could combat inequality, which led the President to call her ill-informed (he didn’t elaborate much on why). Warren noted that the trade deal was being crafted in conjunction with 500 non-governmental actors, 85 % of whom are either industry lobbyists or from the big business sector.

Warren’s mantra about how America’s economic game “is rigged,” ties directly into two of the key takeaways from the Stiglitz report; first, that inequality is all about the political economy and Washington policy decisions that favor the rich, and secondly, that it’s not one single decision–Dodd Frank, capital gains tax, healthcare, or labor standards–but all of them taken together that are at the root of the problem. “Our economy is a system,” says Stiglitz, and combatting inequality is going to require a systemic approach across multiple areas–financial reform, corporate governance, CEO pay, tax policy, anti-trust law, monetary policy, education, healthcare, and labor law. It might also involve revamping institutions like the Fed; Stiglitz and Solow both agreed that the Fed needs to start tabulating unemployment in a new way, perhaps focusing not on a particular number target, but on when wages actually start to go up, which Stiglitz said is the best sign of when the country’s employment picture is actually improving.

Thinking in these more holistic terms would be a big shift for lawmakers used to tackling each of these issues alone in their respective silos. But as Stiglitz and the other economists on the panel pointed out, they are often interrelated–consider the way in which pension funds work with shareholder “activists” to goad corporations into over-borrowing to make large payouts to investors even as lowered wages and profits kept in offshore tax havens mean that long-term investments aren’t made into the real economy, slowing growth. Or how continuing to tie worker’s healthcare benefits to companies makes them virtual slaves, decreasing their ability to negotiate higher wages, not to mention start their own businesses.

It’s a huge topic, and the Roosevelt discussion was part of the continuing campaign on the far left to try to make sure that presumptive nominee Hilary Clinton doesn’t continue business as usual if and when she’s in the White House. Progressives are looking for her to do more than talk about minimum wage and redistribution; they want her to make fairly radical shifts in the money culture and political economy of our country. That would mean a decided split from the policies of the past, including many concocted by her husband’s own advisors, ghosts that Hilary Clinton has yet to publically reckon with. 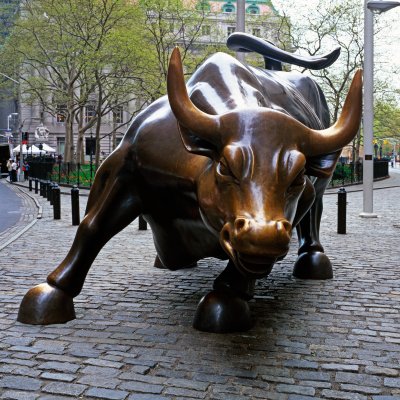 How to Fix Finance Once and for All
Next Up: Editor's Pick