Why does Verizon want AOL? Some observers have pointed to Verizon’s interest in its thriving advertising technology business, built over the past few years through various acquisitions. The unit lets other companies pay AOL to buy and sell targeted ads across the web algorithmically. It’s one of AOL’s fastest-growing units, and Verizon could use the technology behind it to make more money from videos streaming across its network:

Still, it’s not clear if Verizon wants to keep AOL’s news sites, although the company has flirted awkwardly with its own content sites in the past.

Meanwhile, the unit that generates most of AOL’s income is probably the one that interests Verizon the least: Internet subscribers. While the number of AOL dial-up subscribers out there has slowly and steadily declined over the years, the company still counts about 2.2 million of them. The AOL unit that includes those subscribers generated over $600 million in revenue last year; their fate in a post-merger AOL is unclear: 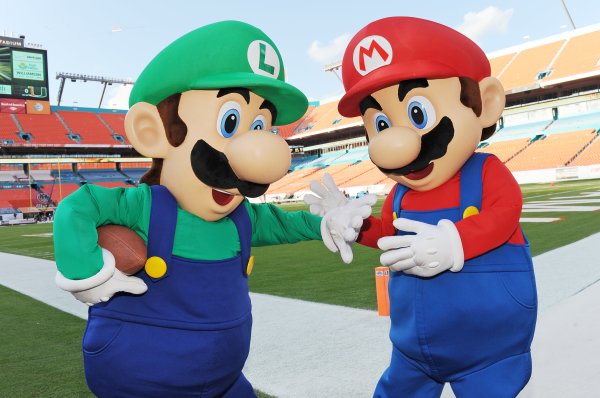 Get Ready for Amusement Parks Based on Nintendo Games
Next Up: Editor's Pick