The ACLU Wants the U.S. Government to Combat Sexism in Hollywood

The American Civil Liberties Union is targeting sexism in Hollywood, and it wants the government to step in and help.

Only 7% of the top 250 grossing films in 2014 were directed by women—two percentage points lower than in 1998, according to the annual Celluloid Ceiling report conducted by San Diego State University. The organization believes systematic gender bias is to blame.

“Many of these women directors have been told that they ‘can’t be trusted with money’ by studio executives,” says Ariela Migdal, a senior staff attorney at the ACLU. “This isn’t just about stereotypes and implicit bias, it’s about blatant discrimination. We heard over and over again from female directors that they’ve been told, ‘This show is too hard for women’ or ‘You can’t do this movie, it’s action’—this to women who have directed plenty of action.”

So on Tuesday, the ACLU sent letters to three federal organizations charged with ensuring equal employment opportunity. The letters included research and testimonies from 50 women directors, exemplifying bias and reporting sexist practices such as secret, studio-compiled “short lists” of potential directors who are almost exclusively male. These shortlists may explain why in television, for example, only 17% of directors were female last year.

The civil rights group hopes the messages will lead to a federal investigation and government intervention, which might include requiring short lists to be public and a database of women directors to be made available to producers who claim they “don’t know any female filmmakers.”

The request for federal action comes after a tension-filled Oscar season. Selma director Ava DuVernay was snubbed by the Academy, and many critics suggested bigotry against women or people of color might be at play — especially as only four female directors have ever been nominated for an Oscar. And Patricia Arquette used her speech after winning Best Actress to call for wage equality in the industry.

These ideas aren’t new: Cate Blanchett lambasted “studio executives who are still foolishly clinging to the idea that female films with women at the center are a niche experience” at the Academy Awards last year. Even former Sony co-chairman Amy Pascal said in 2014 that the “whole system is geared for [female filmmakers] to fail.”

But they have reached a tipping point. “There’s been a building outrage, whether it’s with Ava DuVernay or the pay gap that was revealed in those Sony leaks,” says Migdal. “It’s led women to say, ‘This happened to me, and now I realize it’s part of a bigger systemic pattern. That, I think, is why women are reaching out to us now.”

The problem is not isolated to directors; behind the camera, only 17% of all directors, writers, producers, editors and cinematographers working on the top 250-grossing films are women. Women are also far less likely than men to graduate from critically-lauded independent features to bigger budget studio movies, according to a Sundance and Women in Film study that found that award-winning female directors rarely lead to the kind of studio opportunities a man would get. Women like Kathryn Bigelow (The Hurt Locker, Zero Dark Thirty) and Sofia Coppola (Lost in Translation, The Bling Ring) are very much the exception to the rule.

“There’s this idea that men can direct films about women, but women can’t direct films about men,” says Migdal. While Paul Feig can direct the women-centric hit Bridesmaids and Judd Apatow has directed the upcoming Amy Schumer film, Trainwreck, women aren’t given the same opportunity for action films or male-driven dramas like The Imitation Game or American Sniper. “I think people thought when Kathryn Bigelow won her Oscar women would finally get that opportunity. But statistically speaking that hasn’t happened.”

And even female actors struggle for the same opportunities as their male counterparts. Leaked Sony emails revealed that stars like Jennifer Lawrence and Amy Adams were being paid less than their male counterparts in films, despite having equal or more screen time. The two problems are, of course, related: when fewer women write and direct films, movies are less likely to tell women’s stories and consequently fewer robust female roles are available.

Even though 2013 research found that movies that passed the Bechdel Test—a simple analysis that measures whether two women speak to each other in the film about something other than a man—made more money at the box office, studio executives continue to assume that audiences don’t want to see films made by and about women.

Hollywood insiders generally think of women’s films as “niche,” according to recent study from the University of Southern California’s Media, Diversity and Social Change Initiative. And that view persists despite the massive box office success of female-centric films like Frozen, Gravity and The Hunger Games, which are consistently considered flukes.

Legal action may now force studios to consider and hire female directors as a higher rate—but that doesn’t necessarily mean they will be happy about it. “As a lawyer, I will take grudging hiring over non-hiring,” says Migdal. “That’s where change starts.” 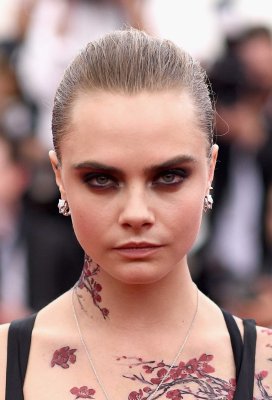