Meet the Man Who Brought AOL Back From the Dead

Timothy "Tim" Armstrong, chairman and chief executive officer of AOL Inc., listens to a question during a Bloomberg Television in New York, U.S., on Friday, June 27, 2014.
Bloomberg via Getty Images
By Victor Luckerson

When Tim Armstrong took over America Online in 2009, Wired wondered whether he had lost his mind. Armstrong was a top ad executive at Google, a still-ascendant Internet giant. America Online wasn’t even America Online anymore. It had been officially redubbed AOL in 2006, and was indeed a shrunken version of its former self. The once-hot consumer tech company was preparing to be spun off from parent company Time Warner in a rebuke of the mega-merger between the two firms in 2000.

AOL’s ride has been bumpy since 2009, complete with constant acquisition rumors, public firings of executives and a perplexingly consistent dial-up Internet business. But by refocusing the company’s efforts on new opportunities such as programmatic ad buying and online video, Armstrong has helped the company escape the aged branding of its old free Internet CDs. There’s now a future in AOL–at least that’s the belief held by Verizon, which announced Tuesday that it will buy the company for $4.4 billion in cash, a 23% premium on the company’s share price over the last three months. Armstrong is likely to thank for that.

Armstrong, 44, began his career with stints at Disney and Snowball.com, a youth-focused Web portal that ascended during the dot-com bubble. He joined Google in 2000 to help the fledgling Internet company develop better relationships with advertisers. Armstrong opened Google’s New York “office” at a Starbucks in Manhattan’s Upper West side in 2000. He eventually became the president of Google’s Americas Operations, with one of his primary tasks being to lure lucrative brand advertisers from Madison Avenue onto Google’s myriad ad products. When Armstrong departed the search giant for AOL, former Google CEO Eric Schmidt called him “one of the most creative, fun and respected leaders in the ad industry.”

At AOL, Armstrong has worked to transform the company into an ad tech and media platform. AOL bought The Huffington Post for $315 million in 2011, and it has also snapped up smaller publishing outlets such as TechCrunch and Engadget. The company has been investing heavily in ad tech, with its AOL Platforms network helping publishers place ad units across the Web. Today, less than a quarter of AOL’s revenue comes from its Internet subscriptions, compared to more than 40% in 2010. In 2013, the company posted its first year-on-year revenue gain in eight years, and closed out 2014 with $126 million in profit, a 36% increase over the previous year.

But Armstrong has also been at the helm for some misfires. While still at Google, he co-founded Patch, a news website focused on hyperlocal reporting in communities around the United States. AOL bought Patch after Armstrong took over in 2009, but the site failed to live up to its lofty ambitions. Armstrong ended up publicly firing Patch’s creative director in a conference call with all Patch employees. He later apologized for his brash manner.

Verizon is less interested in Armstrong’s media forays than the ad tech platform he’s helped build out. AOL’s tech will likely be used to power a new mobile video streaming service that Verizon is planning to launch as soon as this summer. The wireless carrier also bought Intel’s failed streaming platform technology OnCue to help develop that service.

Armstrong, who will remain in charge of AOL as it becomes a Verizon subsidiary, sees big opportunities in the new partnership. He wants to kill the memory of those dialup disks once and for all, for instance. In a memo to employees announcing the merger, he boasted, “We are building toward becoming the largest media technology company in the world.” 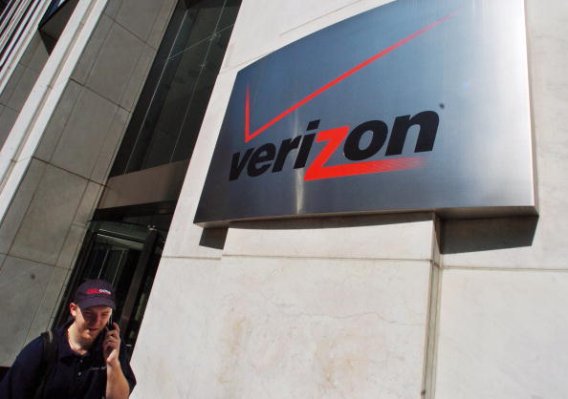 Here's Why Verizon Really Wants AOL
Next Up: Editor's Pick