BikeSnob: The Problem With Bike to Work Week

We’re currently in the throes of Bike to Work Week, which culminates in Bike to Work Day on Friday, after which your sweaty coworkers can breathe a sigh of relief and reach for their Hyundai keys like smokers for their lighters.

You don’t have to tell cyclists it’s Bike to Work Week. There have been clues:

I know what you’re thinking: “Typical elitist bikers in their form-fitting stretchy shorts, looking down at anyone else who dares straddle a bicycle.” Hardly.

If anything, cyclists are cynical about Bike to Work Week because we want bicycle commuting to be more inclusive. We don’t want it to be something people do once a year out of a sense of obligation, like paying your taxes or calling grandma on Mother’s Day. We want people to discover the joy and practicality of cycling, and for riding a bicycle to become a default mode of transport for lots and lots of people in cities and towns all over America.

This is why some of us suspect that encouraging a bunch of inexperienced riders to take to the streets simultaneously during the most pleasant month of the year is not necessarily the best way to promote cycling.

I’m not saying Bike to Work participants are in serious danger. If anything, Americans tend to greatly exaggerate the dangers of cycling. In 2012, there were more than 700 cyclist fatalities, compared to more than 30,000 motor vehicle deaths. We need that false sense of security we get from our SUVs. Our entire way of life depends on it.

No, it’s just that in much of America, spring is when all the fair-weather cyclists emerge from their hidey-holes after cowering inside all winter. This means that before Bike to Work Week even begins, the bike paths and greenways are already clogged with overzealous, wobbly-legged cyclists splayed out over their aerobars like baby giraffes. In order for cycling to “take,” it’s most important that these Bike to Work Week commuters enjoy themselves, and injecting them into this frothy mix of wonky speed weenies is a recipe for frustration.

The other problem is that while one or two new riders might experience a revelation during Bike to Work Week and keep going, for most people five days is not nearly enough time to come to grips with the idea of bicycle commuting.

Does this mean riding a bike is some rarefied skill it takes years to master? Absolutely not. Anybody can do it! This is why about 40% of people in Amsterdam commute by bicycle, and they’re no better than we are—well, apart from the fact that the Dutch obesity rate is less than half what ours is. However, that’s probably because they ride bikes to get places, so once we finally start riding ours, too, they better watch out for Number One. USA! USA!

Still, you simply can’t expect a climate-controlled populace that has been coddled by the car to take to the bicycle during the span of a single week. It takes at least that long just to figure out how to get to work by bike, and then another week to figure out how to do it without getting a big sweat stain on your back. (Hint: Don’t carry your bag on your body; use one that attaches to your bicycle.) Then you need to acquire the street smarts that only comes from having four or five bikes stolen.

Alas, if anything, the greatest hope we cyclists have for Bike to Work Week is that it might make a few people into more considerate drivers. Sure, most of these riders will probably return to their cars next week anyway, but perhaps some of them will do so with a little empathy and a better understanding of their own behavior behind the wheel. Maybe next time they’re approaching an intersection, they’ll let the cyclist go through first instead of gunning it past and then turning right into the rider’s path.

Hey, we can dream. 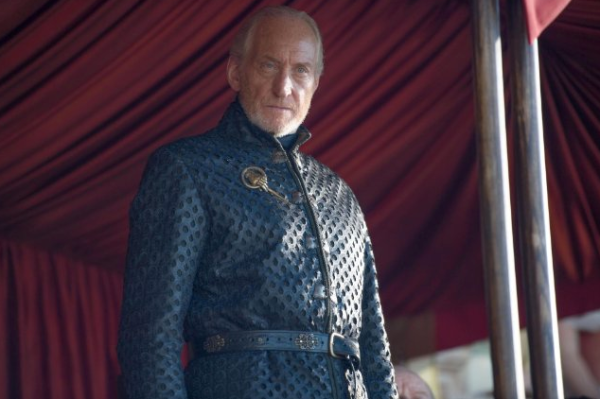 5 Leadership Lessons You Can Learn From Game of Thrones
Next Up: Editor's Pick