Surrey player Kevin Pietersen looks on before day one of the LV County Championships Division Two match between Glamorgan and Surrey at SWALEC Stadium on April 19, 2015 in Cardiff, Wales.
Stu Forster—2015 Getty Images
By Rishi Iyengar

England cricketer Kevin Pietersen — one of the most prolific run-scorers in the history of the sport — was told this week that he would not be representing England again, the BBC reports.

The news, conveyed to Pietersen by England’s new director of cricket Andrew Strauss, came just hours after the batsman notched his highest-ever individual score, making 326 for county side Surrey against Leicestershire.

“We decided it was in the best short-term interests for Pietersen not to be part of the team,” Strauss told reporters.”Over months and years the trust between him and the ECB has eroded. There is a massive trust issue between me and Kevin. I wish it wasn’t the case. I can’t give him any guarantees but nobody knows what will happen in the future.”

Before the meeting with Strauss, Pietersen, 34, told reporters: “What more can I do? All I can do is score runs.”

South African-born Pietersen was sacked from the England squad in 2012 over reports that he sent text messages critical of English players to members of the South African team.

He then played for Sunrisers Hyderabad in the lucrative Indian Premier League and negotiated a release from them in order to resume English county cricket in a bid to get recalled by England.

Strauss is expected to confirm the decision not to recall Pietersen in a press conference on Tuesday. 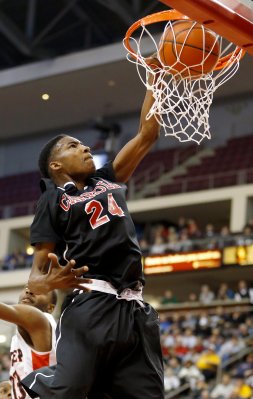 Like Watching Dunks? Here You Go
Next Up: Editor's Pick