A U.S. farmer who professes to have established the “Kingdom of North Sudan” so his daughter could be a princess launched the world’s first “crowdsourced country” campaign Tuesday to nail down his claim.

Virginia resident Jeremiah Heaton is hoping to found a state-of-the-art agricultural research center on some 800 sq. mi. of ostensibly unclaimed land between Egypt and Sudan known as Bir Tawil.

The Kingdom of North Sudan, he says on the Indiegogo crowdfunding page, will be “a nation fully dedicated to researching and developing solutions for our current global food shortages and impending food crisis.”

Through the campaign, Heaton intends to fund some of the world’s top scientists to conduct research at the center and develop sustainable agriculture methods focusing on ways to improve food production using less water.

He’s even offering a range of incentives to garner donations for the project, which he estimates will cost $505.5 million over five years. For $25 you could have an honorary title in the new kingdom, or a knighthood for $300. Meanwhile, $1.5 million will give you naming rights for a future international airport or the capital city for $1.7 million.

You can even donate $2,500 to the campaign to “torment the king” by subjecting him to 48 hours of continuous Justin Bieber music.

Heaton began his wildly ambitious campaign after his 6-year-old daughter asked to be a real-life princess. Taking his daughter’s wish literally, he began searching for terra nullius, or unclaimed land, and found Bir Tawil in East Africa. On June 16, 2014, he visited the area and planted a homemade flag for his new country.

But to go any further with his plan, Heaton must receive legal recognition from Egypt and Sudan, the U.N. and other world bodies, which could prove tricky.

“There’s no way either Egypt or Sudan would let it happen,” Professor Paul Nugent, a former director of African Studies at the University of Edinburgh, told al-Jazeera. 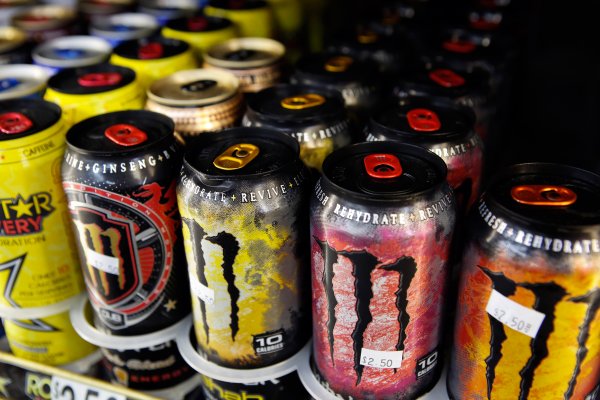 These Are the Top 5 Energy Drinks
Next Up: Editor's Pick