A cat that went missing from Darwin, Australia, was discovered seven weeks later in a shipping container on the other side of the country in Brisbane, reports 9 News.

Rebecca Schilling found out about her cat’s travels after she received a call from her former neighbor Jason King. Schilling had sent some of the belongings King left behind to his new home in Brisbane, and somehow Pippa the cat snuck into the box.

The container was sent out Feb. 20 and didn’t reach King until April 10. The old neighbor was confused to find his belongings covered in cat hair, feces and urine, until he spied Pippa. She was bony, dehydrated and weak, but after 49 days stuck in the container with no food or water, she was miraculously still alive.

“I was delighted that I knew where she was but I was initially concerned she was really suffering and might need to be put down,” Schilling said.

Thankfully, after spending a few weeks at an animal welfare league, Pippa is in stable condition and living with a foster family in Brisbane.

The owner is working on bringing Pippa back home so the 3-year-old cat can be reunited with Schilling’s daughter, but she is worried about traumatizing the cat with further travel.

For now, kitty will stay with her foster family. 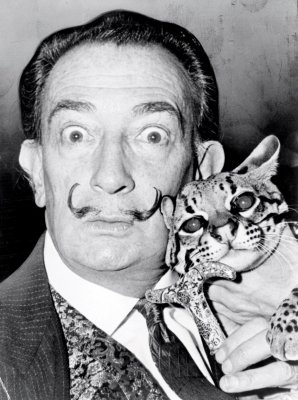 See 10 Great Artists With Their (Also Great) Cats
Next Up: Editor's Pick