The Weird Link Between Celiac Disease and Nerve Damage

Celiac disease, an autoimmune disorder that causes intestinal damage when a person eats gluten, is still something of a medical mystery. But a new Swedish study adds another piece to the puzzle.

People with celiac disease have a 2.5-fold increased risk of developing neuropathy, or nerve damage, found a new study published in JAMA Neurology. In the new nationwide study, pediatrician Dr. Jonas F. Ludvigsson, professor of clinical epidemiology at Karolinska Institutet in Sweden, and his team wanted to look at the risk of developing neuropathy in a sample of people diagnosed with celiac disease. They gathered data from every person diagnosed with celiac disease in Sweden between 1969 and 2008—28,232 celiac sufferers in all. Each of them had been tested with a small-intestine biopsy.

(Most of them, interestingly, were women. About 60% of people with celiac disease are women; more females than males are diagnosed with autoimmune disorders, Ludvigsson says, for a reason researchers haven’t yet determined.)

For every celiac patient, Ludvigsson also found five people identical in age, sex, birth year and place of residence in Sweden as controls. He followed them for an average of 10 years to see who developed a diagnosis of neuropathy.

MORE: You Asked: Do I Have a Gluten Allergy?

The researchers found that having celiac disease was associated with a significant increased risk of developing nerve damage later. “It’s quite a high figure, compared to many other outcomes in celiac disease,” Ludvigsson says. Having a diagnosis is automatically a risk factor for getting a diagnosis for any other disease, he explains, since going to the doctor for one thing boosts the chances the doctor will find something else—a phenomenon known as surveillance bias. But the increase here is too high to merely be due to bias, he says. “There is a real association between celiac disease and neuropathy…we have precise risk estimates in a way we haven’t had before.”

Previous work has shown that in the U.S., 39% of people with celiac disease also had symptoms of neuropathy. About 1% of the population has celiac disease, and that number is similar in Sweden and the U.K.

“I think this paper could actually change clinical practice somewhat,” Ludvigsson says. When a neurologist diagnoses a patient with neuropathy but finds no obvious cause, he might consider screening that patient for celiac disease, Ludvigsson says. “Some of these patients will be diagnosed with celiac disease, will have a gluten-free diet and will actually feel better and be healthier.” 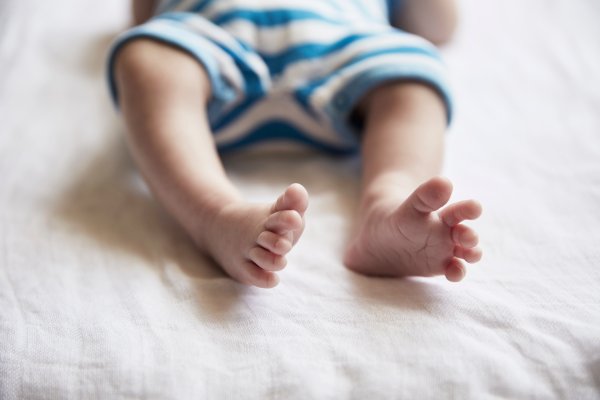 Here's What Time of Day Babies Are Born
Next Up: Editor's Pick