TV personalities Tyler Baltierra and Catelynn Lowell attend the 2015 MTV Movie Awards on April 12, 2015 in Los Angeles.
Jeff Kravitz—FilmMagic
Ideas
By Kate Bryan
Kate Bryan is a pro-life feminist and writer who lives in Washington, D.C., and serves as the Director of Communications at American Principles Project.

We live in a society that basks in pop culture. We want to know who’s dating whom, and we’re willing to buy a new fragrance because our favorite celebrity stars in the ad. But what happens when pop culture tries to influence people on an issue that is much bigger than what not to wear? And what happens when only one side is the focus of that dialogue?

A campaign called Draw the Line, which is run by the abortion-advancement group the Center for Reproductive Rights, is a perfect example of an effort to promote abortion without showing the other side of the issue. Draw the Line features celebrities and others throughout the world sharing their abortion stories in videos and articles. The stories focus only on positive views of abortion.

In addition, television shows and films about abortion often only show one point of view. Films such as last year’s Obvious Child, which was promoted heavily by Planned Parenthood, are disingenuous to women who have different experiences.

What about the women who have had abortions and now regret it? What about those who decided to have their babies? Their stories matter, too.

Films such as Knocked Up, Juno, Bella, Away We Go, and most recently, Gimme Shelter, should be glorified for the real-life situations and the female empowerment that they portray. These movies show real-life situations where women become pregnant in less than ideal circumstances, but rise above the challenges and fight for true freedom and liberation. In these films, freedom is in giving life to another.

Singer Nicki Minaj has been quoted as saying that her abortion “has haunted me all my life.” Another singer, Toni Braxton, revealed recently in her memoir “Unbreak My Heart” that she is filled with guilt and remorse about her abortion. Sharon Osbourne also recently opened up about her abortion and said that “it was horrible.”

“16 and Pregnant” star, Jamie McKay, has talked about the abortion she chose “out of fear” and now regrets. Catelynn Lowell and Tyler Baltierra, also of “16 and Pregnant,” gave their daughter up for adoption and now speak openly about their strong pro-life views and how they’re glad they chose life for their daughter.

If we’re going to have a real discussion about abortion, these are the real stories of real women that need to be told. It’s time we had an honest dialogue about abortion, and every woman has a right to be part of it. 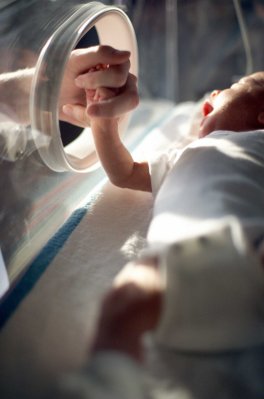 What the New Study On Preterm Birth Actually Means
Next Up: Editor's Pick