What TIME Got Wrong About the Invention of Blue Jeans

As origin stories go, TIME’s account of how Levi Strauss came up with the idea for his trademark denim pants is hard to beat. Here’s how the magazine told it in a 1950 story on Levi Strauss & Co.’s 100th anniversary:

Years later, the article continued, a miner known only as “Alkali” annoyed his tailor by regularly carrying rocks around that broke his pocket seams. The tailor got the idea to use rivets on the corners of the pockets for stabilization; those rivets were the source of the idea for Strauss’ signature rivets.

Alas, the real story doesn’t quite measure up. As the company tells it, Strauss went West to open a dry-goods store for gold miners; dry goods were the family business, established by his brothers before Levi even got to the United States. To be fair, he did sell cloth—but as a businessman, not an ingenious fortune-seeker. Furthermore, the crucial tailor tip-off about the rivets came from a customer of the San Francisco Levi Strauss & Co. store, who was looking for a business partner to back the idea. On this day, May 20, in 1873, Strauss and his partner, Jacob Davis, were given a patent for work pants strengthened with rivets—the first example of what we now know as blue jeans. 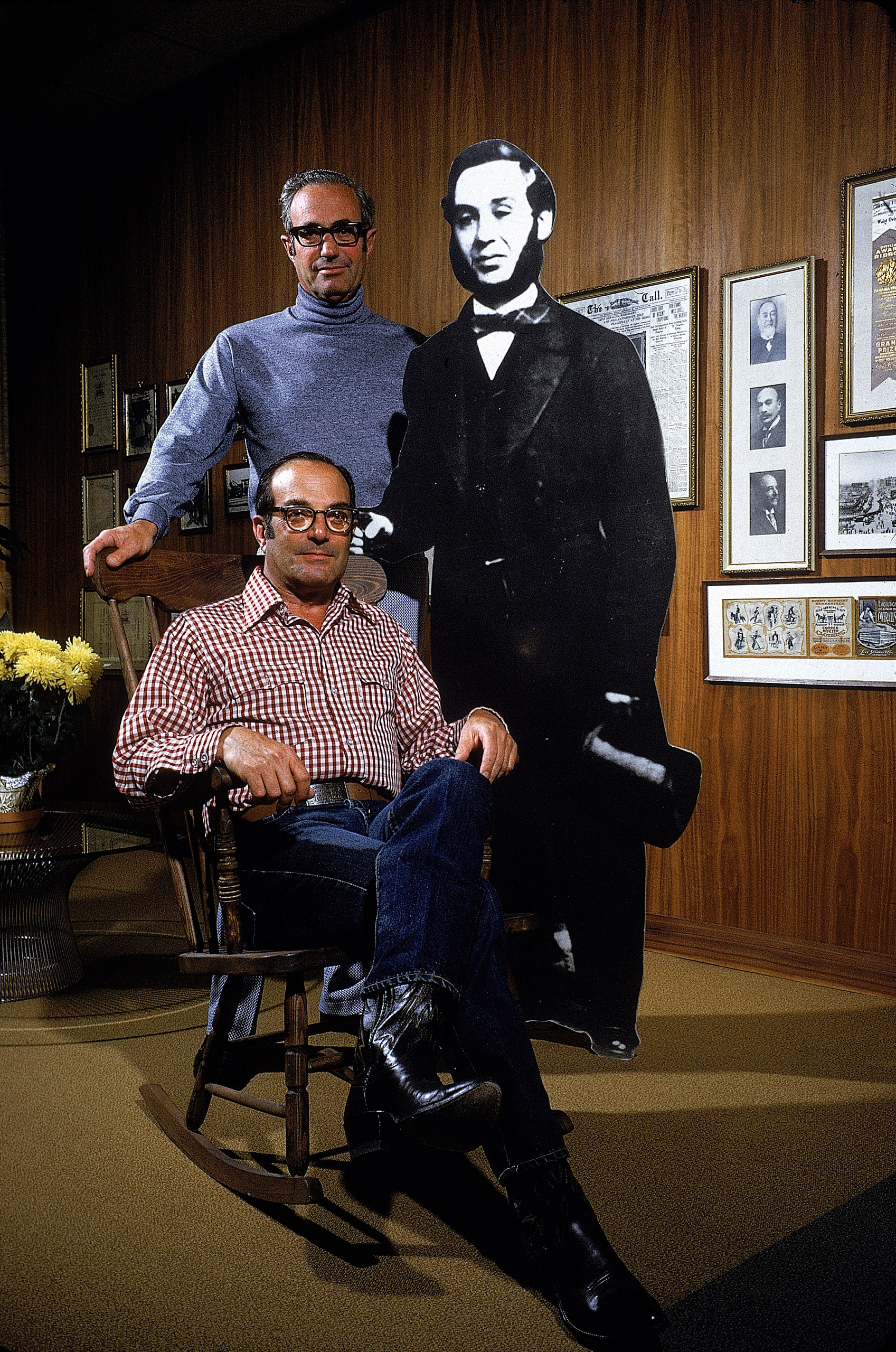 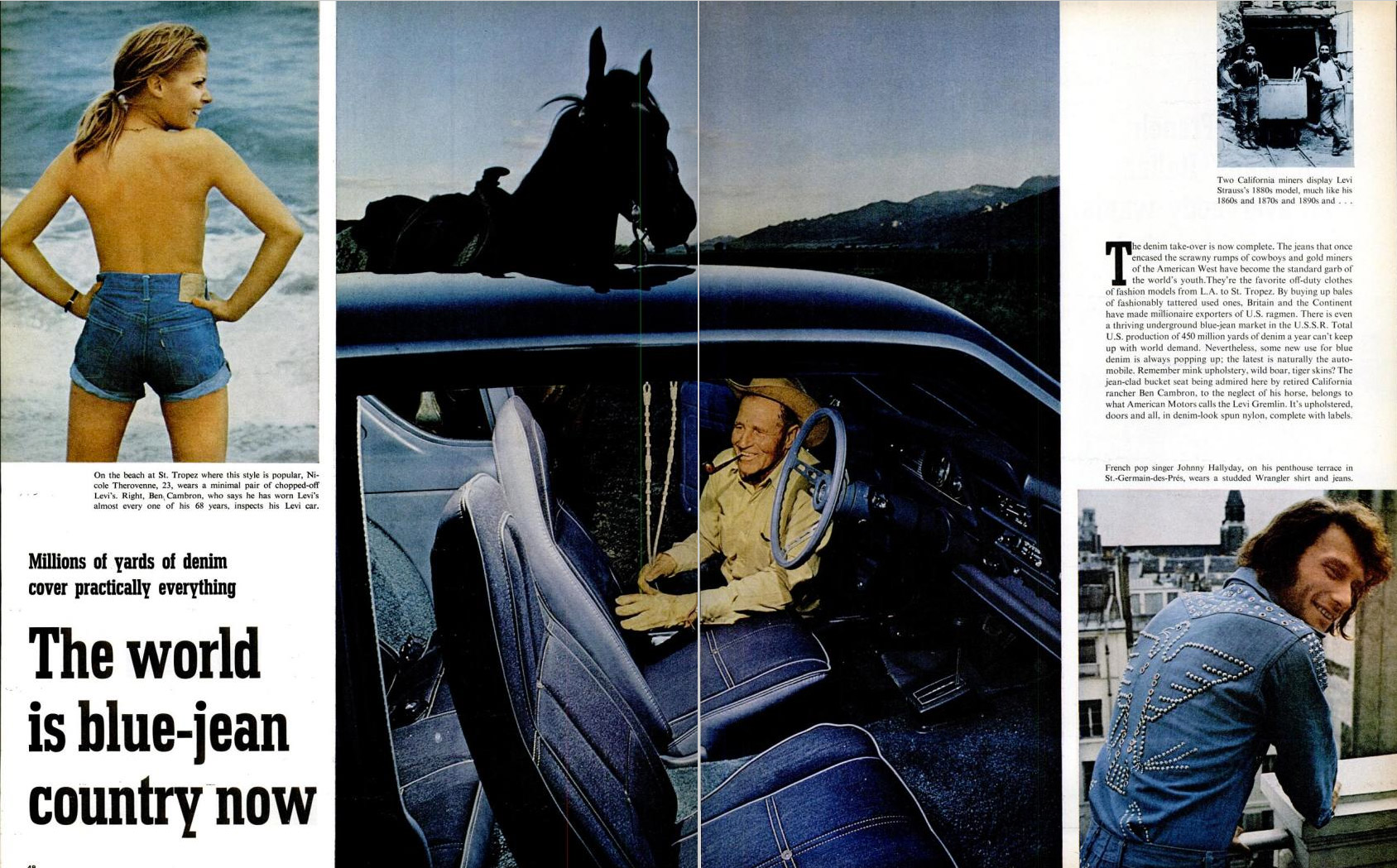 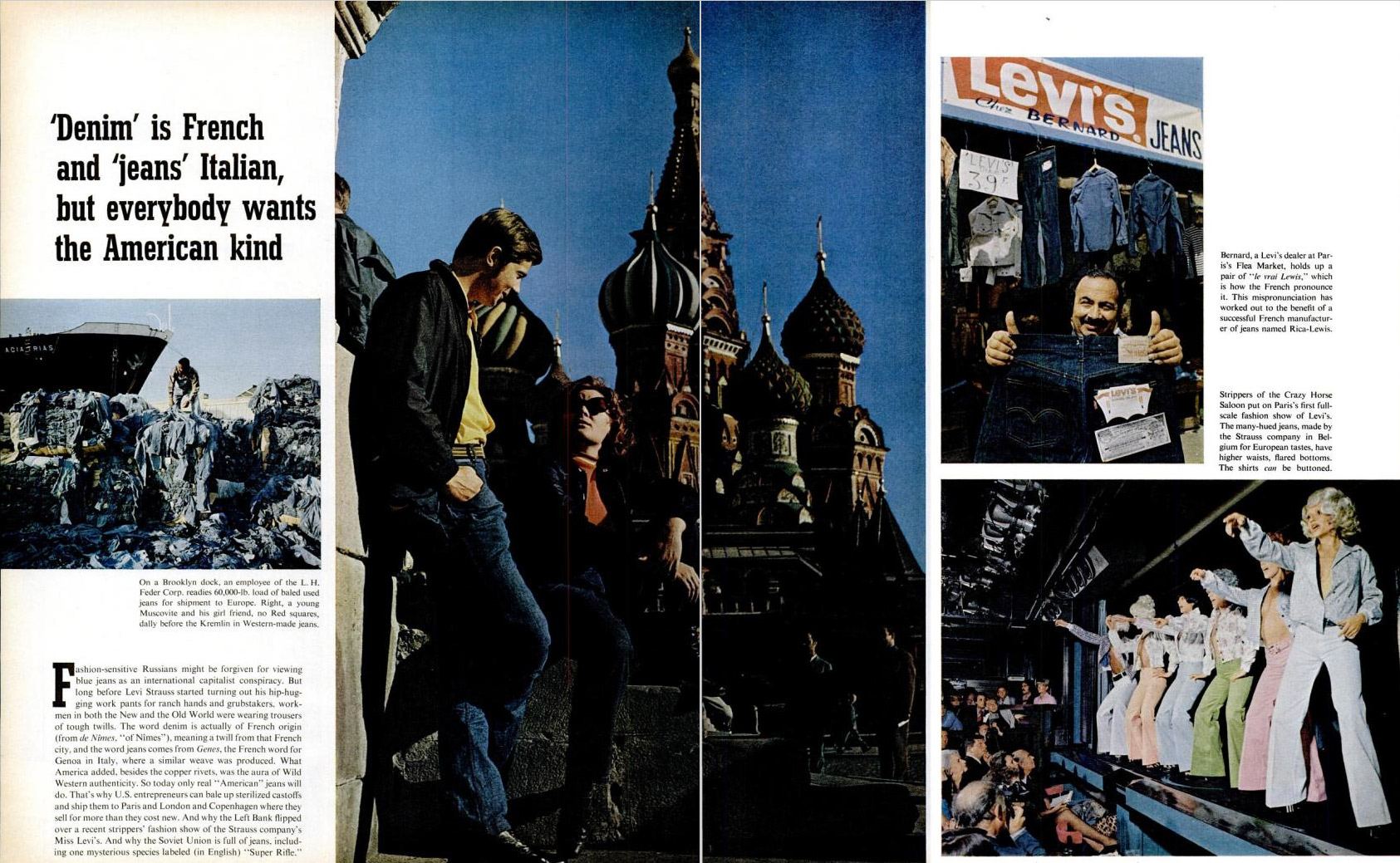 The American blue jean takes on Europe: 60,000 lbs. of denim headed for Europe from Brooklyn; residents of Moscow in denim; Levi's at a Paris flea market; Parisian strippers in Levi's.
LIFE Magazine 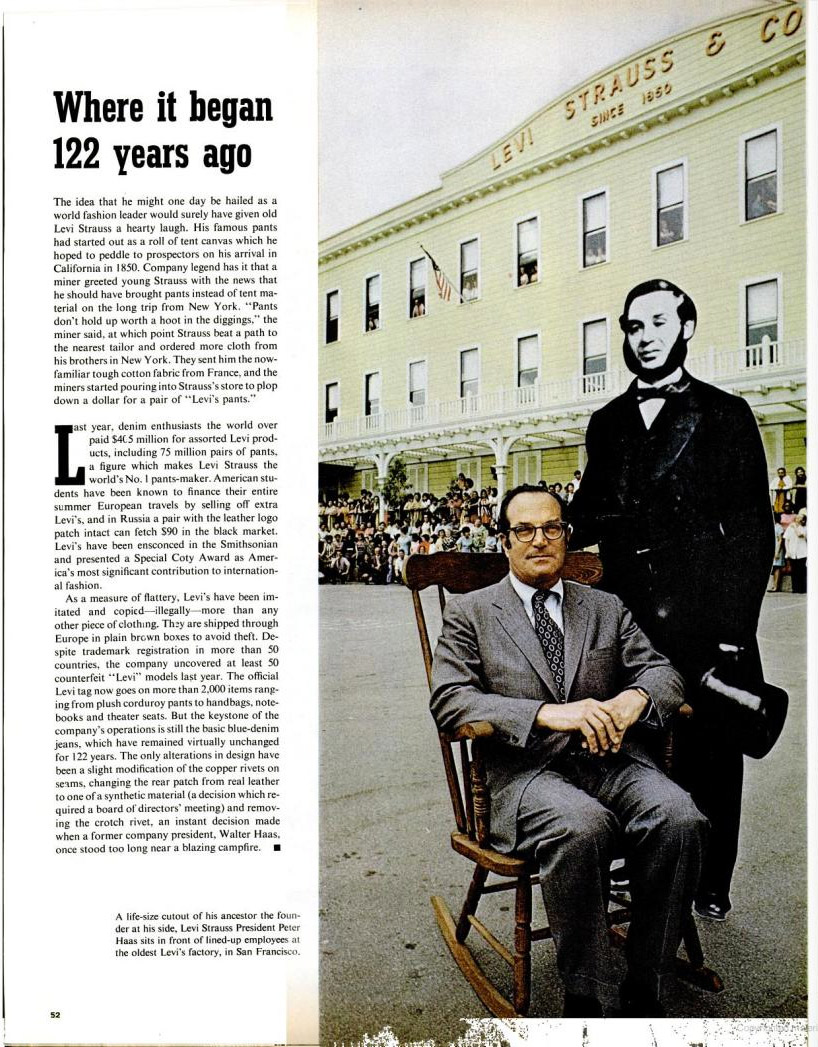 A life-size cutout of his ancestor the founder at his side, Levi Strauss President Peter Haas sits in front of lined-up employees at the oldest Levi's factory, in San Francisco.
LIFE Magazine
1 of 4
Advertisement