A version of this story first appeared in the May 22 issue of The Hollywood Reporter magazine. To receive the magazine, click here to subscribe.

Meerkat has its camera focused on Hollywood. The hot live-streaming app has hired an executive to work with industry partners and content creators. Sima Sistani, formerly of Yahoo-owned Tumblr, has joined the startup as vp media, overseeing content, partnerships, business development and community. Sistani, who reports to Meerkat CEO Ben Rubin, is based at the 15-person company’s San Francisco headquarters and plans to build a small team of up to 10 who will work with partners to create content tailored to Meerkat.

Rubin explains that Meerkat is facilitating “a whole new type of content. It’s important for us to build a media team early so that we can educate partners about it.”

Meerkat saw explosive growth when it launched in February ahead of the South by Southwest festival and Hollywood quickly latched on. Jimmy Fallon has broadcast The Tonight Show monologue rehearsals using the app and Madonna even premiered her new music video on Meerkat, albeit with a few glitches. Today, Meerkat is said to have about 2 million subscribers. But it faces competition from Twitter-owned Periscope, which gained 1 million subs in its first 10 days. Both companies have ruffled feathers in Hollywood after users broadcast the Mayweather-Pacquiao fight. Sistani says part of her role is educating users about ways to avoid copyrighted content. “People in our community know that’s not interesting content, and we wouldn’t promote it,” she says. “Ultimately we’re more of a participatory media platform.”

Sistani, a CAA alum, joined Tumblr in February 2014 as head of media. Over the last year she brokered deals to relaunch Pop network’s website on the Tumblr platform and introduced the new tool Fandometrics, centered around trending topics in pop culture and fan communities.

“On Meerkat, the social conversations are the content, and we can create awesome moments when the audience is part of the story,” says Rubin. “Sima will be great at that.”

Adds Sistani: “I’m really excited about the future of this medium. People talk about Meerkat as an overnight success, but the truth is that these guys have spent the last three years figuring out live-streaming.”

The company has also tapped Chloe Sladden as an advisor. The former head of media at Twitter will provide additional partnerships guidance to Meerkat, which already has close ties to Hollywood through an investor roster that includes Jared Leto, Universal Music Group, Lorne Michaels’ Broadway Video Ventures, WME, CAA Ventures and UTA.

Read next: Periscope vs. Meerkat: Which Is the Livestreaming App For You? 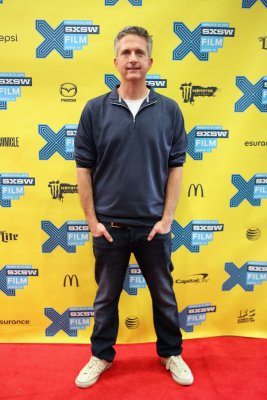 3 Reasons Bill Simmons Leaving ESPN Is a Big Deal
Next Up: Editor's Pick