The Most Heartbreaking Moments in Tom Brokaw's Cancer Memoir

When Tom Brokaw received a diagnosis of multiple myeloma in 2013, he felt his luck had run out, the popular veteran NBC anchor writes in his new memoir, A Lucky Life Interrupted: A Memoir of Hope. Suddenly, he was experiencing severe back pain and taking serious medication to combat the cancer that was attacking his plasma cells, while still working on documentaries and reports for NBC News.

When news of his condition started to leak, his successor in the anchor chair Brian Williams, with Brokaw’s help, turned the scary news into a tender joke on air: “In an email tonight Tom mentioned at least the possibility of joining the Springsteen tour in Australia to give Bruce a bump of some added publicity.”

With the public in his corner, Brokaw continued to do battle, undergoing chemotherapy and other treatment to manage the incurable cancer. In illness, Brokaw relied on his wife Meredith and their three daughters (especially Jennifer, a physician) for practical and emotional support.

Brokaw recounts some of the most emotional elements of the ordeal in his new memoir A Lucky Life Interrupted, out today.

On learning his diagnosis:

Brokaw was taken aback when he found out he had multiple myeloma at age 73, “just short of the life expectancy of an American white male,” as he put it.

On telling his wife about the disease:

Brokaw waited to tell Meredith until they were in person together. Her first reaction was to ask him a few questions about multiple myeloma, “but we were both in a wilderness of uncertainty,” he writes.

On trying to be lighthearted at the darkest times:

Cancer is not tidy, and Meredith was there to help Tom every step of the way. Much in the way humor helped break the news to the public, the Brokaws used laughter to combat some of the worst aspects of treatment:

On his new sense of mortality:

Brokaw’s illness affected everything down to the way he read the newspaper.

As he writes in the memoir, part of what made Brokaw lucky was that he could afford top doctors (and received sympathies from several U.S. presidents).

“I will die someday but it is not likely to be the result of multiple myeloma,” he writes at the end of the book, after a series of positive results from his doctors. “I remain a lucky guy.” 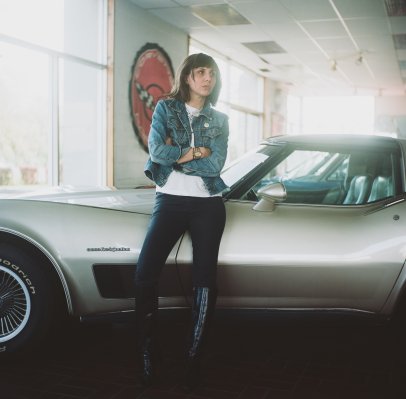 Jessica Hopper: Stop Telling Girls the Way They Listen to Music Is Wrong
Next Up: Editor's Pick