Taylor Swift has been teasing the video for her new single, “Bad Blood,” for more than a week on social media, and it turns out to be worth the wait.

The video, which debuted during the Billboard Music Awards, features Lena Dunham, Kendrick Lamar, Oscar nominee Hailee Steinfeld, and models Lily Aldridge and Gigi Hadid, among others, in a Tarantino-and-Sin City-inflected extravaganza.

In the video, Swift recovers from a betrayal by a warrior buddy played by real-life friend Selena Gomez by going into battle training with a crew that includes various of her model friends and, in the final stages, actresses Mariska Hargitay and Ellen Pompeo. (Swift’s two real-life cats are named after the characters those actresses play on, respectively, Law and Order: Special Victims Unit and Grey’s Anatomy.) Cindy Crawford is also there to give her seal of approval before Swift marches into battle.

This single (Swift’s fourth from her hit album 1989) was widely interpreted as a kiss-off to former pal Katy Perry after a reported dispute over the employment of various backup dancers; Swift’s pulling out all the stops for an elaborate video makes an argument that she’s not one to be trifled with. 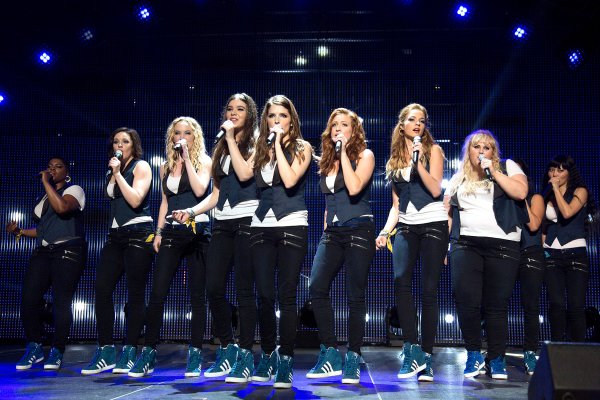