Poverty in the United States is a topic that is often avoided. But on Monday in Washington, a diverse group of 120 political, religious and civic leaders including President Obama will gather at Georgetown University for a three-day Catholic-Evangelical leadership summit on the issue, in large part thanks to Pope Francis.

Organized by Georgetown’s Initiative of Catholic Social Thought and Public Life and the National Association of Evangelicals, the summit is a “direct response” to Pope Francis’ “challenge to place the lives and dignity of the poor at the center of religious and public life,” according to John Carr, who heads the Georgetown Initiative.

The event has two main goals: Making overcoming poverty a national priority and moral imperative and breaking down the walls between people who focus almost entirely on family life and people who focus almost completely on economic life. “Anyone who is poor or works with the poor knows that a child’s prospects are affected both by the choices of her parents and the policies of her government,” Carr says.

The effort is already gaining national attention. Obama will join the summit on Tuesday, notably not by giving a speech about poverty but instead by participating in a discussion about it with Robert Putnam, professor of public policy at Harvard University, and Arthur Brooks, president of the American Enterprise Institute. The conversation will be moderated by Washington Post columnist E.J. Dionne.

While Summit organizers did not ask the Pope Francis to participate, his continued emphasis on the poor has helped to shift the national tone on the issue. “We think he already has sent a very clear message,” Carr says. “I think Pope Francis’ first miracle is getting both Democrats and Republicans to talk about poverty in a real way.”

The political and ideological range of the Summit is perhaps the most noteworthy aspect of the event. Its bipartisan character is stark: Sen. Cory Booker, a progressive Democrat from New Jersey, and Sen. Tim Scott, a conservative Republican from South Carolina, are participating, as are former Minnesota Gov. Tim Pawlenty and Elizabeth Shuler, the secretary-treasurer of the AFL-CIO. The evangelical participation spans from organizations like Focus on the Family to Sojourners, and the Catholic side from a ministry of Opus Dei to the Nuns on the Bus.

The gathering mixes together public and private sessions so that participants can talk openly about more controversial political challenges and issues like immigration, race, family planning, and incarceration. “Ironically there is more consensus, more bipartisan cooperation, in some ways more unity in the religious community about global poverty than poverty in our own country and we are hoping to address that,” Carr says. “The polarization is real, and the religious community has a unique opportunity, particularly Catholics and evangelicals, to challenge people’s conscience and also to bridge some of the ideological and political division.”

Poverty in the United States has long struggled to survive on the national policy scene. President Lyndon Johnson declared the War on Poverty more than 50 years ago, and the recent statistics show the extent of the problem today. According to U.S. Census Bureau, one in five children in the U.S. lives in poverty, and nearly 50 million people lived below the poverty line in 2013. The earned income tax credit and the child tax credit during the Clinton and both Bush presidencies raised the conversation in the policy arena, Carr says, “but in terms of a national debate it has been way too long.”

The Georgetown effort is not to build a new organization, but to build greater urgency and new alliances across the ideological and partisan divide to make poverty a national priority. “We think there is a lot of lip service to this issue but very little action,” Carr says. “The Washington mantra is the forgotten middle class, and the middle class are having a tough time, but the moral measure of our society is how we treat the least of these, and those are not the priorities of Washington.”

Summit organizers hope conversations this week are a launch pad for lasting policy change. The Circle of Protection, an alliance of Christian leaders represented at the Summit, is challenging all of the 2016 presidential candidates to create three-minute videos sharing what they would do as president to overcome poverty in the U.S. The clips would be shown both online and in churches and other settings in coming months.

Their timing, and the timing of the Summit more broadly, is strategic. Pope Francis will visit the U.S. in September in the middle of the heated presidential primary contest. His name and presence will almost certainly give poverty a major boost in the national conversation. 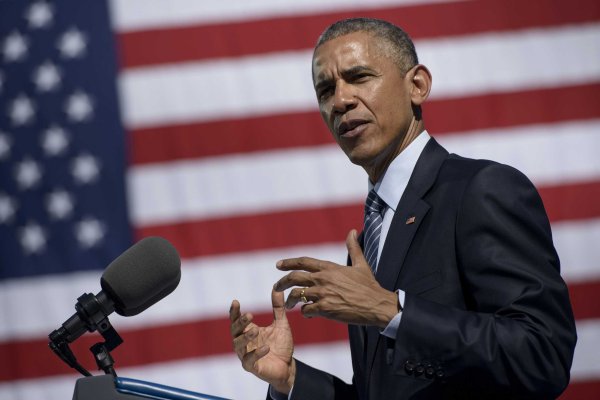