Spoilers from Mad Men, “The Milk and Honey Route,” below:

Why wouldn’t Betty just go away? At least since the Draper marriage broke up at the end of Season 3, there has been a strong anti-Betty refrain among the Mad Men fandom — people found her cold, childish or, most damning of all, superfluous. It was a rare thing, after all, to end the protagonist’s marriage in the middle of a series. What do you do then? Maybe there should be a divorce settlement: Betty gets custody of the kids, Don gets custody of the audience.

In defense of these viewers, Mad Men has not always seemed to know what to do with Betty in the post-divorce years. Sometimes she was stranded in tertiary plots (say, her reconnaissance mission to a hippie tenement in search of Sally’s violinist friend). Sometimes the show seemed actively hostile to her (the whole “Fat Betty” arc from Season 5). Sometimes she seemed to exist for the sake of scenes that demonstrated, as Matthew Weiner has said of her, that she “should never have had kids.”

But writing Betty off would have been the TV thing to do — driven by story concision, neatness, budget — not the Mad Men thing to do. Mad Men has always been committed, first, to the messy, complicated reality of life. (Though I wonder in retrospect if Weiner didn’t consider this end sooner, when Betty had her cancer scare in Season 5.) It doesn’t get messier or more complicated than divorce, and the reality of that is, once you are tied to people through children and history, they remain part of your life one way or another.

Betty’s devastating story line in “The Milk and Honey Route” proved that those connections were still sunk in deep enough to tear at our hearts. Of course, a terminal diagnosis is an easy way to do that. (Sally getting the news in her dorm room, her Peanuts calendar hanging behind her: I died.) But this wasn’t just medical-drama manipulation: Betty Hofstadt/Draper/Francis moved us because she earned her place, because Mad Men needed her:

She connected Don’s work to life (and death). Among many parallels to The Sopranos, I suspect that Betty — like Carmela, Meadow and A.J. often did — got on fans’ bad side because she wasn’t involved in the business story lines they preferred. The office is where Mad Men’s action is, but it’s not all the show is about. And yet there was a heavy sense of vocational irony in her illness: after all those years of shilling tobacco, the bill came due, yet it was not Don or any of the ad men who had to pay it. (Not to make Betty’s diagnosis all about Don, but it’s noteworthy that three of the significant women in his life — Anna, Rachel and now it seems Betty — would die of cancer.)

She was essential to Mad Men’s feminism. It’s not controversial to say that, title aside, Mad Men is largely a women’s story. And it’s not surprising that, especially for a modern audience, it’s easier to identify with that story through Joan (who goes from accepting the boy’s club to actively fighting it) or Peggy (whose attitudes are closer to those of our own time). With few exceptions (hoisting her gun in the first season), Betty gives us few you-go-girl moments to cheer for. (And so what? We don’t need Mad Men’s male characters to be “likeable” or “relatable” to justify their existence.) But that’s exactly why we need her: the suburban Republican housewife may not have been a feminist but she was a case study for feminism all the same. Watch the scene where she gets her diagnosis: Weiner’s camera pushes in on Betty, in focus, but it’s men doing the talking, the doctor discussing treatment options with her husband. The world treats her as a secondary character even in her own death.

She showed that people don’t change … Of course, for much of Betty’s life, she’s accepted, even embraced, living life as an adornment to the men around her. See her heartbreaking letter to Sally, concerned first with how she’ll look at her funeral: “Remind them how I liked to wear my hair. Will you show them the picture?” She is a construct of a certain set of social expectations, and she’s asserted her worth and strength by trying to be the absolute damn best at living up to them. This may not make her a hero from today’s perspective. But no less than with Don, this is part of Mad Men’s belief that change is a lot harder than TV makes it look.

… Except when they do. And yet when we met Betty at the beginning of this final season, she was attempting change, in her small way, going back to school in psychology. Is it too late? Maybe. (Even before she gets her diagnosis, her fellow students are mocking her as “Mrs. Robinson.”) Is it misguided? Possibly! (Let’s say she’s more than halfway down the list of Mad Men characters you’d seek psychological counsel from.) But it’s an assertion of independence, more so when you remember that in the first season she was confiding in a therapist who was secretly reporting to Don. “Why would you do that?” Henry asks, as she continues to go to class for a degree she won’t ever be able to complete. Her answer: “Why was I ever doing it?” Betty did not wholly own her life. But she damn sure intends to own its ending.

Because the past is the mother to the future. It’s not a happy ending, and yet it’s a kind of hopeful one. Not to play psychologist myself, but it’s worth noting that Weiner’s own mother went back to school — in her case law school — late in life. And in that final letter to Sally, there’s a sense of a generational passing. Sally may have “marched to the beat of [her] own drum” (I like the cliché here; Mad Men isn’t going to pretend that cancer has made Betty a poet), but the result of all that pushing, fighting and struggle is that Sally’s life “will be an adventure.”

No, people don’t always change, and when they do, it’s not always dramatic. And yet — this is the contradiction that Mad Men shows us over and over — the world changes anyway. Occasionally people break their patterns. More often, they’re lucky enough if they live to see the pattern change in their children. Sometimes the adventure comes in the next life. In Betty’s case, that next life will have to be Sally’s. 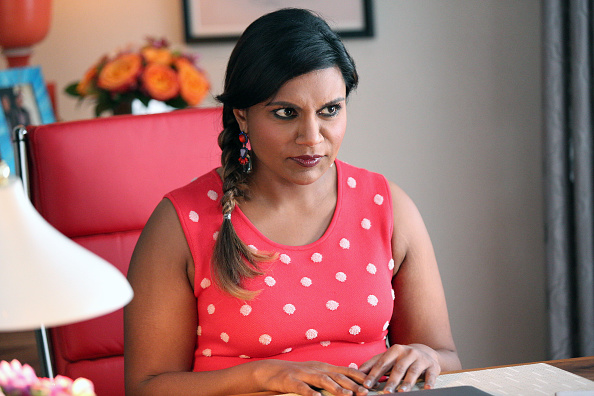 These Are All the TV Shows That Have Been Renewed and Canceled So Far
Next Up: Editor's Pick