A boy infected by typhoid from polluted water, lies at a hospital in al-Qouniya village in Idlib, Syria, May 27, 2013.
Muzaffar Salman—Reuters
By Alexandra Sifferlin

A drug-resistant strain of typhoid fever is spreading worldwide, according to new research.

A study published in Nature Genetics conducted by a team of 74 researchers in over 12 countries shows that antibiotic resistant typhoid, driven by one family of bacteria called H58, is spreading globally.

“Multidrug resistant typhoid has been coming and going since the 1970s and is caused by the bacteria picking up novel antimicrobial resistance genes, which are usually lost when we switch to a new drug,” said study author Kathryn Holt in a statement. “In H58, these genes are becoming a stable part of the genome, which means multiply antibiotic resistant typhoid is here to stay.”

In the study, researchers sequenced the genomes of 1,832 samples of the Salmonella Typhi bacteria (which causes typhoid fever) that were collected from 63 different countries between the years 1992 and 2013. The researchers discovered that 47% of these strains were from the drug-resistant H58 family. According to their findings, the strain likely first emerged in South Asia roughly 30 years ago and from there spread on to Southeast Asia, Western Asia, East Africa and Fiji. Southern Africa has also been affected.

Typhoid fever is caused by consuming food or drink contaminated with the feces or urine of people who are infected. People who are infected can experience a consistently high fever and can feel weak or have stomach pain and headaches. In the United States there are an estimated 5,700 cases each year, mostly from travelers who became infected abroad. 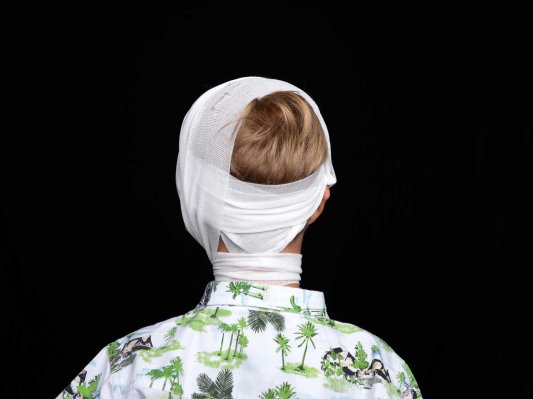 How Concussions Can Lead to Poor Grades
Next Up: Editor's Pick