Brad Bird Confirms The Incredibles 2 as His Next Film

If you wanted more of The Incredibles, you’re in luck. Tomorrowland director Brad Bird, who wrote and directed the original 2004 Pixar hit, is making the sequel his next project. Bird told Collider that he already has made significant progress on the script, adding that he had a lot of ideas “that I wanted to pursue a little bit, and there wasn’t enough time in [the original] Incredibles. There are new ideas I have, and I think there are enough of those together to make an interesting movie.” An Incredibles sequel was officially announced in March 2014.

Bird said that he’ll “start playing in the Incredibles sandbox again” soon after the release of his current film, Tomorrowland, on May 22. That means the chances of Bird directing a Star Wars sequel or spinoff are still a long-shot. Bird had early conversations with Lucasfilm president Kathleen Kennedy about working on the the new trilogy, but he ultimately opted to make Tomorrowland instead. Now, with Josh Trank dropping out of the second Star Wars spinoff film, there’s speculation that Bird might be back in the mix. But not so fast: “Kathy and I have discussed the possibility of—I mean she’s basically saying this is a very large sandbox and other people can play in it,” Bird said. “I’m writing a sequel to The Incredibles and I can’t think too much farther beyond that. I have other things I want to do as well.”

He even doused the Star Wars speculation, saying, “Yeah, in fact, just avoid all this Star Wars stuff. Everybody’s feeding too much on that anyway.” 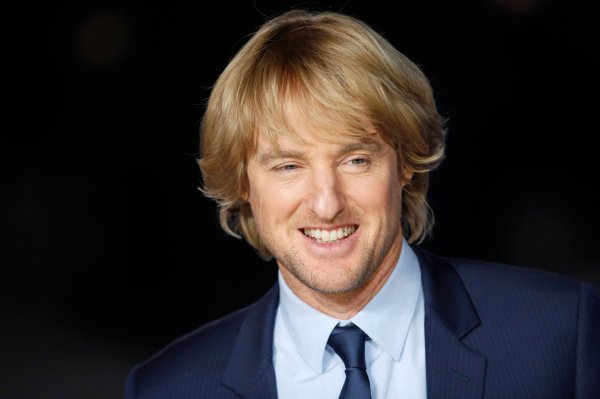 Here's How Often Owen Wilson Has Said 'Wow' in Movies
Next Up: Editor's Pick