Elizabeth Warren says President Barack Obama should reveal the text of the Trans-Pacific Partnership agreement, shooting back at the President after he said over the weekend that the Massachusetts senator was “absolutely wrong” about the controversial trade deal.

President Obama has asked Congress to vote on whether to “fast track” the trade deal without revealing its contents. Obama says the deal, which involves 12 nations, will increase trade and bolster standards for Asian workers. But he has been criticized by both Republicans and Democrats for a lack of transparency on the details of the agreement.

“If the president is so confident it’s a good deal, he should declassify the text and let people see it before asking Congress to tie its hands on fixing it,” Sen. Warren said in an interview with the Washington Post published Monday.

At the heart of the dispute between Warren and the President is the TPP agreement. The Senate will vote this week on whether to grant Obama “fast track” authority to negotiate the agreement, which could impact 40 percent of U.S. trade. Congress can still vote the deal down once he presents it, but with “fast track” won’t be able to amend it.

Warren has argued that the deal will weaken regulations and undermine the Dodd Frank financial reforms. “I understand that we want to be a nation that trades, that trade creates many benefits for us,” said Warren. “But only if done on terms that strengthen the American economy and American worker.” 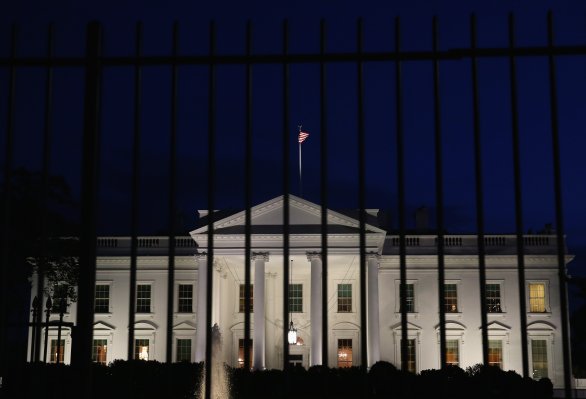 The White House Really Doesn't Want You Jumping Over Its Fence
Next Up: Editor's Pick