It sounds like a children’s nursery tale; a single whale roams the ocean calling out at a unique frequency, looking for friends but finding none. Scientists have spent decades trying to trace the mammal but though its strange haunting call has been heard frequently since 1989, it’s never been found.

Entourage star Adrian Grenier and filmmaker Josh Zeman are leading the latest attempt to find the ‘lonely whale’ on a mission partially funded by Leonardo DiCaprio. Their ship will leave California this fall and sail for 20 days, 400 miles off the Pacific Coast. The crew will use equipment used to track submarines and the expedition will be overseen by marine biologists. Grenier and Zeman hope they will find the ‘lonely whale’ but even if they don’t they will come back with a documentary about the search and the lives of whales.

Grenier tells TIME that they hope to locate the whale to find out why it has been searching for other whales for such a long time. “We are looking to connect with him so as to better understand what he has to say, not only about the plight of whales as they fight to survive ocean noise pollution, but also what he has to say about us and our humanity and ability to connect with nature,” he says.

Herman Melville published his novel on the search for an elusive whale, Moby Dick, in 1851. Grenier sees similarities. “Lonely whale has that kind of adventure, I suppose,” he says. “A lot like Moby Dick, but, it is not like Moby Dick in that we are not hunting this whale.”

The Lonely Whale was first discovered by the Woods Hole Oceanographic Institute in Massachusetts in 1989. Scientists noticed it had a unique call at a much higher frequency than other whales at 52 hertz (Hz), compared to 20Hz for the Fin Whale or 10-39 Hz for a Blue Whale. The whale — nicknamed 52Hz — was heard again in 1990 and 1991 and every year since 2004. Many scientists believe it is the only whale emitting that particular sound.

52Hz also moves in unique patterns around the seas, like blue whales but at times of the year associated with the fin whale. It can be heard in the Pacific Ocean between August and December and then travels as far north as the Aleutian and Kodiak Islands and as far south as the California coast.

Zeman first heard about the whale at an artists’ colony where it inspired a play and a piece of sculpture. Zeman returned home and started researching the lonely whale. “I was like ‘that’s my story!’ but fine,” says Zeman. “I went to the web and that’s when it all came together. I found 40-year-old men, 16-year-old girls, all inspired by this story of the whale. Everyone loves whales. Not only is the whale so big, it’s also so gentle. Those two things make us step back. There aren’t many creatures out there that we are in awe of.”

Zeman discussed it with producer Lucy Cooper who convinced Grenier to take an interest. The trio used Kickstarter to fund the quest and in March 2015, it closed with more than $400,000 raised, including $50,000 from DiCaprio.

“There are so many things that make it a ‘sticky story’,” says Zeman, who’s currently working on pre-production of the film. “The idea of loneliness and calling out; the human existential crisis of reaching out and never being heard.”

But is the whale really ‘lonely’? Some are sceptical that the whale is really alone at all. According to John Hildebrand, a professor at the Scripps Institution Of Oceanography in California, the whale’s call has been gradually deepening. Its call could be now around 47Hz and this has been been observed in other blue whales around the world which suggests it is unusual but not unique.

Grenier and the team want to examine whether man-made ocean noise might have caused 52Hz to be separated from its school or family. “We’re driving cetaceans crazy,” says Zeman. “Think how sensitive you are. I know people in New York City who are literally driven crazy by their neighbours and such noise. We do the same to these animals day in and day out, every second of every day.”

How will Zeman feel if he sets eyes on 52Hz? “I’ve thought about how I’ll feel many times. I think I’ve rationalised not finding him because we’re searching for something we really don’t have that great a chance of finding. It’s not 100%,” he says. “The story isn’t about is finding this whale, it’s about how this whale has already found us.” 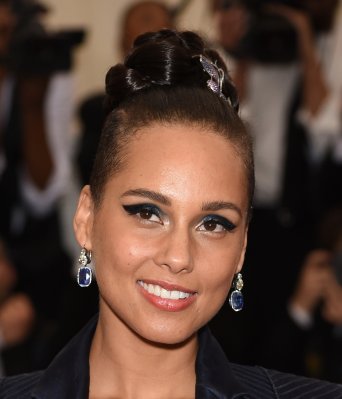