TV talk show host Kelly Ripa said Saturday that it was “odd” to be recognized in the 2015 GLAAD Media Awards for “treating people like people.”

The Live! with Kelly and Michael co-host received the Excellence in Media Award for “sharing inclusive stories with her audience and loudly voicing support for her LGBT friends and fans,” said GLAAD President and CEO Sarah Kate Ellis in a statement.

“It’s kind of odd, in a way, that I should be given an award based on the fact that I’ve had the privilege of being surrounded by, loved by and influenced by this community my entire life,” Ripa said during her acceptance speech. “Or, quite frankly, that I should be celebrated for treating people like people.”

Ripa, who lives in New York with her husband Mark Consuelos, added that she was thankful that her children are living in an environment of acceptance, which she acknowledged is not the case in many parts of the nation and the world.

“A few years ago, our youngest son Joaquin asked me if it was legal for me to be married to Mark, because all of our friends at the time getting married were same-sex couples,” Ripa recalled. “It dawned on him that a heterosexual couple getting married might actually be illegal.”

“Like everybody in this room, I watch hoping and trusting that [the expansion of LGBT rights] will move the nation towards the same type of acceptance that my own children are growing up with here in New York City.” 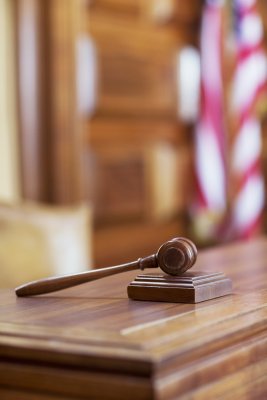 This 66-Year-Old Woman Is Suing All Gay People—Yes, All of Them
Next Up: Editor's Pick