How Spotify Is Getting Ready For Apple's Musical Onslaught

Spotify is the undisputed king of on-demand music services, but that crown alone may no longer be enough.

The Swedish streaming company is planning to host original videos on its service, according to the Wall Street Journal. Spotify has been in talks with YouTube programmers such as Maker Studios as well as traditional media companies for a move that would vastly expand the scope of what the music service offers. A Spotify spokesperson declined to comment, but the company is holding a media event in New York on May 20 where the video offering could be unveiled.

If Spotify steps into the video arena, it will be entering a crowded market dominated on one end by YouTube, which has 1 billion monthly users watching mostly short-form videos, and on the other end by Netflix, which has more than 60 million paying subscribers binge-watching television shows and movies. But video may be just what Spotify needs to ensure its long-term viability, music industry analysts say.

Though Spotify easily eclipses other streaming services in size with its 15 million paying subscribers, the pool in which the company is playing is shallow. The music industry generated about $15 billion in revenue for recorded music globally in 2014, according to the International Federation of the Phonographic Industry. Meanwhile, online video services made about $19 billion, according to the firm Digital TV Research, while they’re expected to generate more than $40 billion by 2020. It makes sense that Spotify wants a piece of that fast-growing pie.

“The music business is nice because people use it every day, but the problem is you don’t make a lot of money per minute of music listened to,” says James McQuivey, a media analyst at research firm Forrester. “Video has the ability to command more revenue.”

Original video would also help differentiate Spotify from its competitors at a key juncture. The company’s feature set and song library are extremely similar to services such as Tidal and the Apple-owned Beats Music, which makes Spotify highly susceptible to being knocked off its perch if a larger foe emerges. That could happen next month, when Apple may unveil an on-demand streaming service tied to the iTunes brand. Truly original video content will give customers a better reason to hang onto their Spotify subscription even after the arrival of an Apple service.

“I really do view this as being pre-emptive strike in what has become an increasingly competitive space,” says Larry Miller, a music business professor at New York University.

Spotify’s big-picture strategy could be similar to Netflix’s playbook, Miller says. Netflix was a digital warehouse for old TV shows and movies, facing escalating costs to license the rights for other studios’ content. Through orignal shows, the company has retooled its branding to make programs like House of Cards its primary draw. A Spotify with its own original content would feel less heat if some artists removed their music from the service, as Taylor Swift did last fall.

Still, there are drawbacks to the video plan. McQuivey says streaming video could dilute Spotify’s brand and confuse consumers who simply enjoy using the service as an online jukebox. And the costs for premium video would be considerably more than for music. Spotify is already losing money every year, but a recent funding round means it may have cash to throw at content makers.

“They’d have to go pretty big,” says McQuivey, who believes Spotify should pursue premium TV-like content rather than short-form videos found on YouTube. “You can’t just dabble in content. It’s not all or nothing, but it’s pretty close.”

More than anything, a shift to video would signal to fans and investors that Spotify has no intention of simply ceding its control of the streaming space to Apple or other big-name competitors. The startup made on-demand music streaming viable, and it wants to be around when the financial rewards are finally reaped.

“Strategically, this represents a significant risk that could end up paying enormous long-term dividends for Spotify if they are successful,” Miller says. 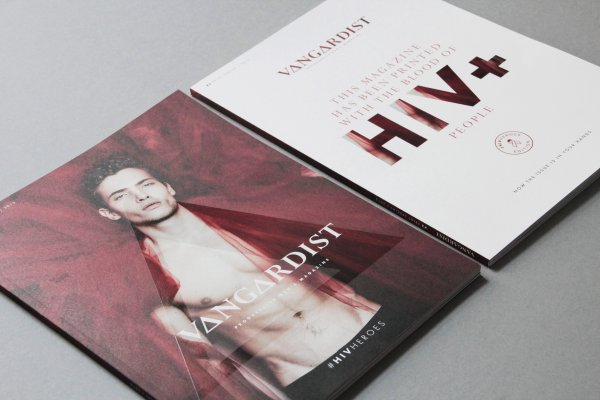 Co-Founder of The Vangardist: Why We’re Fighting HIV Stigma With Blood
Next Up: Editor's Pick