Why Millennials Might Be Having Less Sex Than Their Parents

A new study suggesting millennials will have fewer sex partners than Boomers got everyone talking about indifferent twentysomethings and their sexed-up parents, but the truth may be even more shocking: a separate study found almost half of twentysomethings have not had sex at all in the last year.

Before we get to the not-so dirty details, let’s back up: the recent study of over 33,000 people published in the Archives of Sexual Behavior measured the collective number of sex partners of entire age groups — and it included a complex statistical analysis that projected how many partners millennials would have by the time they hit middle age.

“If the millennials do something very different as they get older, say they decide they’re going to have a lot of sexual partners in their 40s, then yes this number could end up looking different in 10 years,” says Jean Twenge, author of Generation Me and one of the original authors of the study. “But that would be unusual.” The study found that millennials were likely to have had an average of about 8 partners, while Boomers were more likely to have had 10 or 11.

But if millennials are going to keep sowing their wild oats into middle age, another recent study suggests they’ll need to up their game: less than 7% of 20-somethings have sex 2-5 times per week, according to data from online dating service Match, and 49% of people in their 20s have not had sex at all in the past year.

Even more shocking? The study says one in three 20-somethings have never had sex at all. “You’d think they’d be focused on sleeping around, but really what they’re focused on is getting ahead,” explains Dr. Helen Fisher, a biological anthropologist at Rutgers University and Chief Scientific Advisor for Match. “In their 20s I think they’re working very hard. There’s something to be said for the fact that they may be taking relationships and commitment more seriously.”

That seriousness is reflected in the way millennials calculate risky behavior, which is a big part of sexual activity. “This is a generation that has grown up with an awareness of HIV/AIDS,” explains Jeffrey Arnett a research professor at Clark University and author of Adolescence and Emerging Adulthood. “When the boomers were in their heyday, that didn’t exist and it seemed like free love was a good idea.” He also notes that millennials are much more likely to use condoms than boomers ever were.

Arnett says millennials may see their elders’ licentious behavior as a cautionary tale. “It’s not only that they have fewer sexual partners than the baby boomers did, but they also drink less, they smoke less, the crime rate is half now than it was 20 years ago, teenage pregnancy has plummeted—it’s part of this broader pattern of less risky behavior,” he explains.

“It could be that the children saw the consequences of not following the rules—high divorce rates, drug addiction, and a lot of teenage pregnancy and so on, and there are many of them who have grown up to be more conservative in terms of some of their own social behavior.”

Paradoxically, it also could be that increasingly lax attitudes about premarital sex make it well, a little less sexy. In the ’60s and ’70s, having premarital sex felt like breaking a taboo for someone you loved, Arnett explains: “it was a daring thing to do.” Today? It’s just something Mom and Dad used to do. 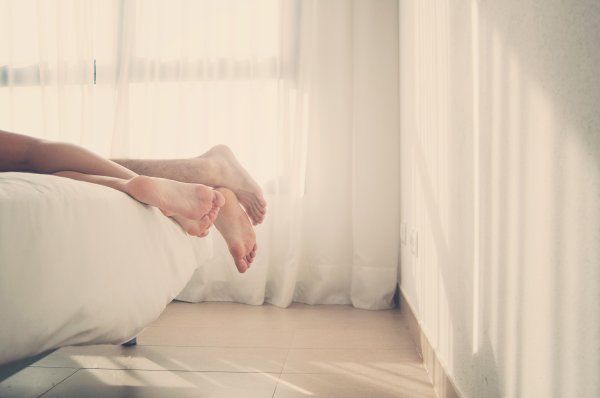 How Millennials View Sex Compared to Their Parents
Next Up: Editor's Pick