Should I Eat Tempeh?

Tempeh goes back ages in Indonesia, its birthplace, but the nutty, mushroomy plant protein is fairly foreign in the U.S. to all but the most hardcore of vegans. Still, most of our experts say tempeh is well worth trying.

But first: what is it? Tempeh is a cake of partially cooked whole soybeans aged overnight in an incubator at a tropical temperature, explains vegan food manufacturer Tofurky on its website. During incubation, a “thick, white mat of mycelia”—a kind of fungus—branches over the tempeh, which binds the beans together. It’s then steamed and ready to eat. Other types of tempeh can be made with barley, flax, oats, brown rice and other grains.

Tempeh is mainly used as a meat substitute, and it stands up well to the real thing structurally and nutritionally. A standard 3-ounce serving of tempeh has about 16 grams of protein, while an equal serving of grilled steak has about 26 grams. Plus, tempeh comes with about 8% of the recommended daily amount of both calcium and iron. It’s great for the nutrients it adds to your diet, says David Katz, MD, director of the Yale University Prevention Research Center, and for the meat it subtracts.

“If you’re looking to cut meat from your diet but are fearful that protein will be cut along with it, tempeh is a no-brainer substitution,” says Kristin Kirkpatrick, RD, manager of wellness nutrition services at Cleveland Clinic Wellness Institute. So agrees the author of a 2015 review on the rise of veganism. “Tempeh is a popular source of plant-based protein for vegans due to its versatility, great earthy flavor, and overall nutritional value,” says review author Cynthia Radnitz, PhD, professor at Fairleigh Dickinson University in New Jersey. (Her favorite tempeh dish: steamed, mashed and mixed with chopped celery and scallions, plus eggless mayo and lemon juice for a mock chicken salad.)

“Tempeh offers all the health benefits of soy without the drawbacks of more processed soy,” she says. Some soy processing involves hexane, a chemical solvent sometimes used to extract oil from soy in processed products that aren’t organic. By buying organic, you can avoid both hexane and genetically modified ingredients, if that is a concern for you. GMOs are ubiquitous in soy; 94% of soy in the U.S. is genetically modified.

Many experts believe that whole-food forms of soy are beneficial to the body. In a 2015 study by Robert Sorge, PhD, assistant professor in the department of psychology at the University of Alabama at Birmingham, Sorge and his team looked at how certain foods can activate immune cells that spur inflammation in the body and other foods that have anti-inflammatory effects on those cells. Soy proteins, like those found in tempeh, seem to fall into the second group, he found. “Tempeh is a soy product with a decent amount of the isoflavone genistein,” he says. “Genistein is known to have anti-inflammatory and even anti-tumor effects and can be very good for general health, provided too much is not eaten.”

Fermenting whole soy makes it extra special, Radnitz says, by helping nutrients like calcium, zinc and iron become more available for the body to use. According to a thesis on tempeh made from barley, the fermented kind had 2.5 times the iron of unfermented barley. (Unfortunately, though, not everything you do to tempeh gives it a health boost. One Malaysian study found that battered and deep-fried tempeh had about half the isoflavones as raw tempeh.)

Even though it has many fans among these experts, not everyone is aboard the tempeh train. Tempeh is for uninspired vegans, declares Frédéric Leroy of the Research Group of Industrial Microbiology and Food Biotechnology in Belgium. His 2014 review of fermented foods concluded that there’s not enough quality evidence to make functional health claims for most fermented foods on the market. “Outside Asia, this idiosyncratic food is culturally irrelevant to most, and will seem odd to the average palate,” he says. “Granted, it contains isoflavones, but scientific evidence in support of true in vivo“—meaning in people—”health benefits of tempeh is far from being solid.”

Leroy is firmly in the more-research-is-needed camp. But for now, says Kirkpatrick, who cooks it several times a week it, “I’m in love with tempeh.”

Read next: Should I Eat Tofu? 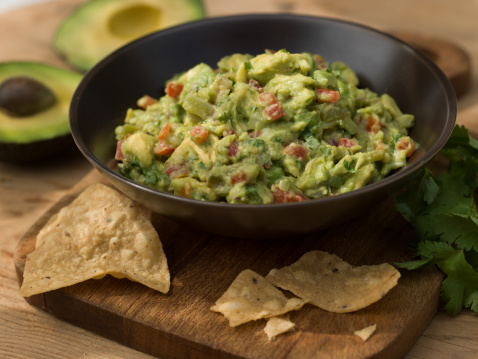 Healthy Party Hacks for Your Next Summer Barbecue
Next Up: Editor's Pick