Paternity tests usually give a straightforward answer—a man either is or isn’t the father. But, for a woman in New Jersey suing for child support, things are a little more complicated. It turns out the man she thought was the father of her twins was only the father of one of the pair.

That result is rare—so rare that the condition has the improbable name “superfecundation.” But it turns out a lot of things can happen when it comes to birthing multiple children at the same time. Here are the different types of multiple births:

Superfecundation twins: When a woman has intercourse with two different men in a short period of time while ovulating, it’s possible for both men to impregnate her separately. In this case, two different sperm impregnate two different eggs. This is what happened to the woman in New Jersey. One child was the product of her relationship with the man she brought to court, and the other child was conceived during a separate encounter with another man. While this phenomenon is rare, research suggests it does happen from time to time. A 1992 study found that superfecundation twins were at the root of more than 2% of paternity suits in the United States involving twins.

Polar body twins (75% shared genetics): You might think of polar body twins as half-identical twins. They occur when an egg divides in two during ovulation, creating a primary body and a polar body, both of which have the same genetics. In most cases, the polar body, which has less cytoplasm, will die off, but in some cases both the primary body and the polar body will be fertilized by separate sperm creating twins with identical genetics from the mother and different genetics from the father. While the theory of polar twinning makes sense from a scientific perspective, there’s some disagreement among scientists about whether polar twinning actually occurs in the real world.

Identical twins (100% shared genetics): Identical twins result when a single sperm fertilizes a single egg and the resulting cell then divides in two. The two bodies, soon to be babies, share the same genetics and look the same.

Things can get complicated when you start dealing with triplets, quintuplets, and even bigger single-pregnancy broods. For instance, a mother having triplets could have identical twins from the same egg and a third child from an entirely different egg and sperm. Once you start to mix and match like that, the possible combinations—to say nothing of the dynamics of the playroom—can get very complex. 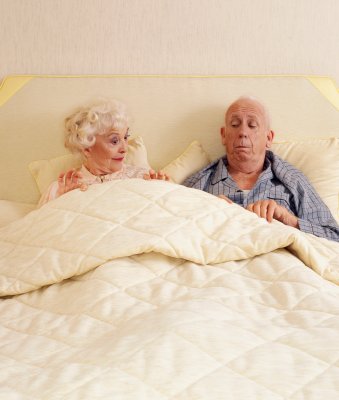 Why Menopause Isn't the Sex Killer You Thought It Was
Next Up: Editor's Pick