The Justice Department is investigating the Baltimore Police Department to determine whether there is a pattern of discriminatory policing, and whether police are violating residents’ civil rights, Attorney General Loretta Lynch announced Friday.

“It was clear to a number of people looking at the situation that the community’s rather frayed trust was even worse and has been severed,” Lynch told reporters as she announced the investigation. “We’re talking about generations of mistrust, and generations of communities who feel very separated from government.”

Baltimore mayor Stephanie Rawlings-Blake requested the investigation on Wednesday, and the Justice Department rarely declines such requests. During the probe, the Justice Department will track the Baltimore Police Department’s use of force, and its pattern of stops, searches and arrests. The Attorney General said that when she first saw the demonstrations and riots in Baltimore following the death of Freddie Gray in police custody, “my first reaction was profound sadness, sadness for the loss of life, erosion of trust, for the sadness and despair that the community was feeling.”

The Attorney General acknowledged the recent federal investigations into police departments accused of civil rights violations, noting that “we’ve had a number of situations that have highlighted this fracture in various communities.” She added that she hopes these reports can help other jurisdictions maintain a fair law enforcement system.

“Our hope is that other jurisdictions, cities large and small, can look at these reports and say ‘are these the issues that I face?’” she said. “Our goal is to be a resource and a guide, but not to be a hand reaching into police departments…We truly believe that cities and police departments, they know these issues best.” 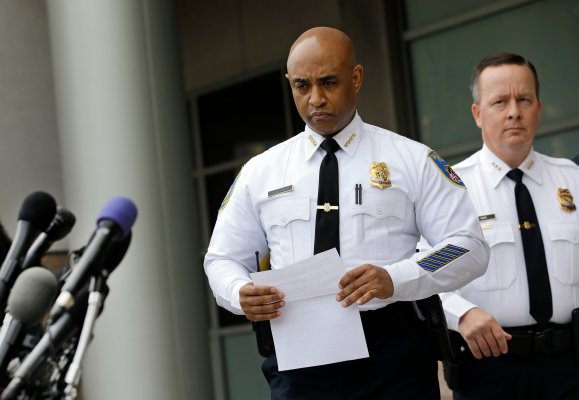